Update (3:00 PM) – The Pokemon’s name is actually romanized to Orotto. | Update (12:30 PM Japan time) – On our way to the Pokemon Center (40 minutes away), so I added more details to this story. We have the Pokemon’s name, another sketch (thanks to Jade and Lissie), and the movie’s plot.

Live from Japan! A new tree-like Pokemon has been revealed in an X/Y commercial preceding Extremespeed Genesect: Mewtwo’s Awakening – its name is Orotto (オーロット). It was brown and green like a tree’s typical coloring but looked extremely menacing and spider-like. It was seen in a hoard battle. Gin made a sketch of the Pokemon as you can see below (we ran out of the theater to post it).

The trailer also showed the player riding a bike. 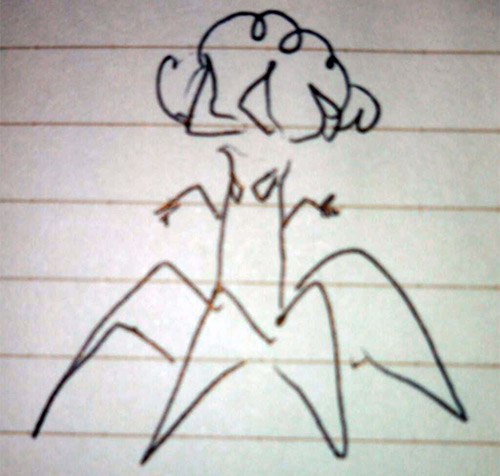 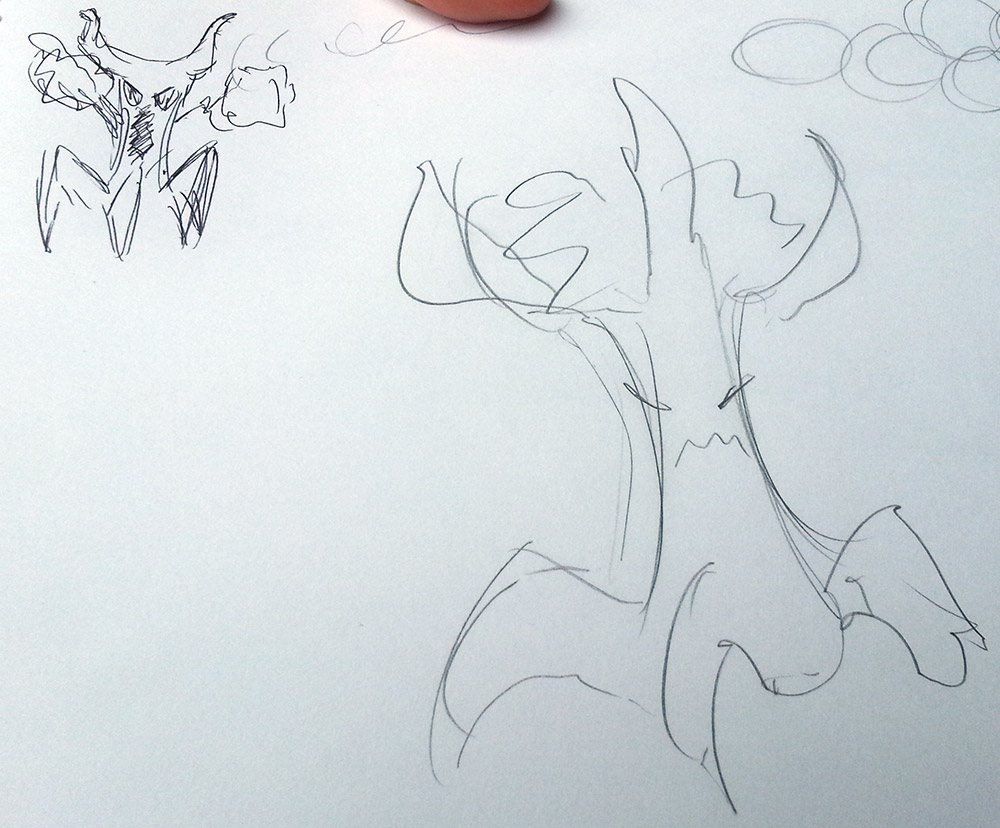 Here are the basic plot points of the Genesect film. Like last year’s movie, the film was relatively short. It had a few touching moments (specifically related to Douse Drive Genesect), but overall, there wasn’t much meat to the film. It seems like the writers had an idea for the end, but didn’t know what to do for the middle of the movie. It was just: the Genesect fire an attack, Mewtwo / wild Pokemon / Pikachu / Douse Drive Genesect stop it, rinse and repeat. And of course, the Mewtwo is different and Ash did not remember what a Mewtwo is – typical.

At the end of the film, a new trailer for 2014’s X/Y movie was shown. We see the Starters attacking each other as well as Xerneas and Yveltal.