The first X/Y TCG products have been revealed! On November 8th, the “X/Y Beginning Set” will be released for 1,980 yen in both boy and girl varieties. Each kit will come with three 30-card decks featured after Chespin, Fennekin, and Froakie, a how-to-play DVD, a booklet, a coin, damage counters, and a playmat. On November 15th, the deluxe versions of each kit will be released in metal cases and will additionally include a deck box, card sleeves, stickers, and a notebook for 2,980 yen. Last generation, the Beginning Sets were announced before the first B/W set just like right now. Thanks goes to HeatRotomFTW97 from our forums for the news! 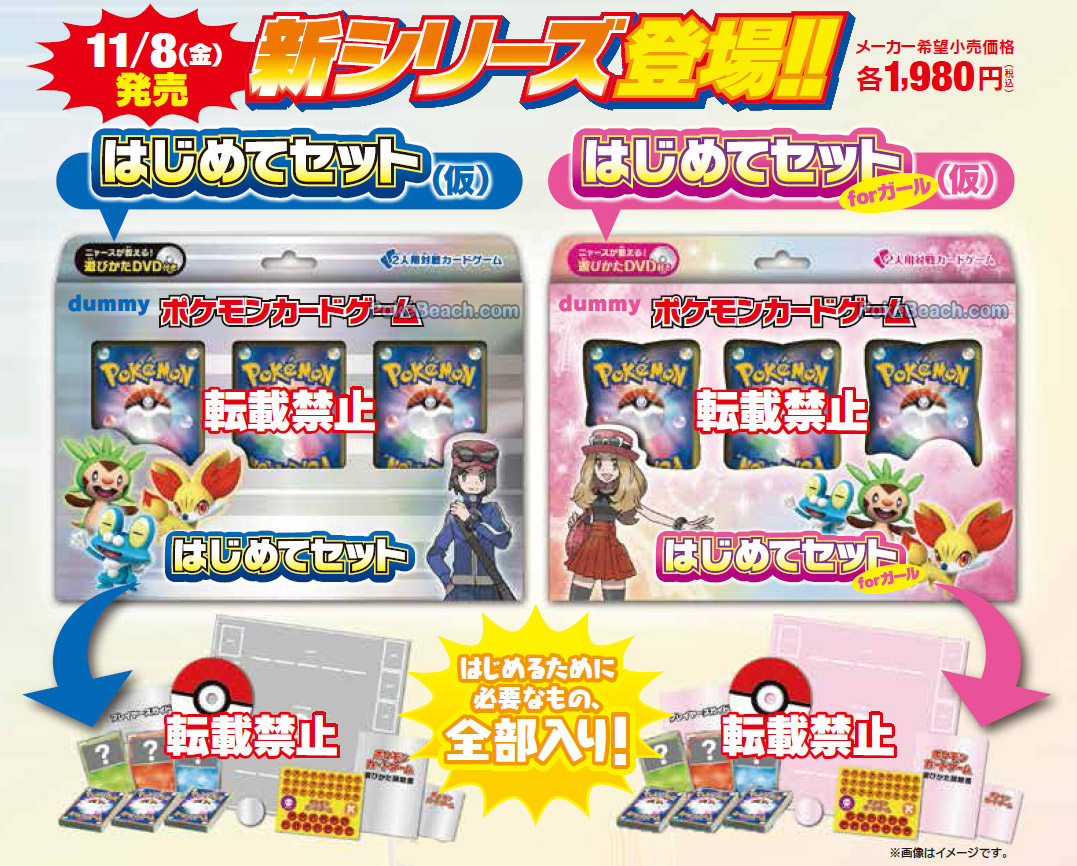 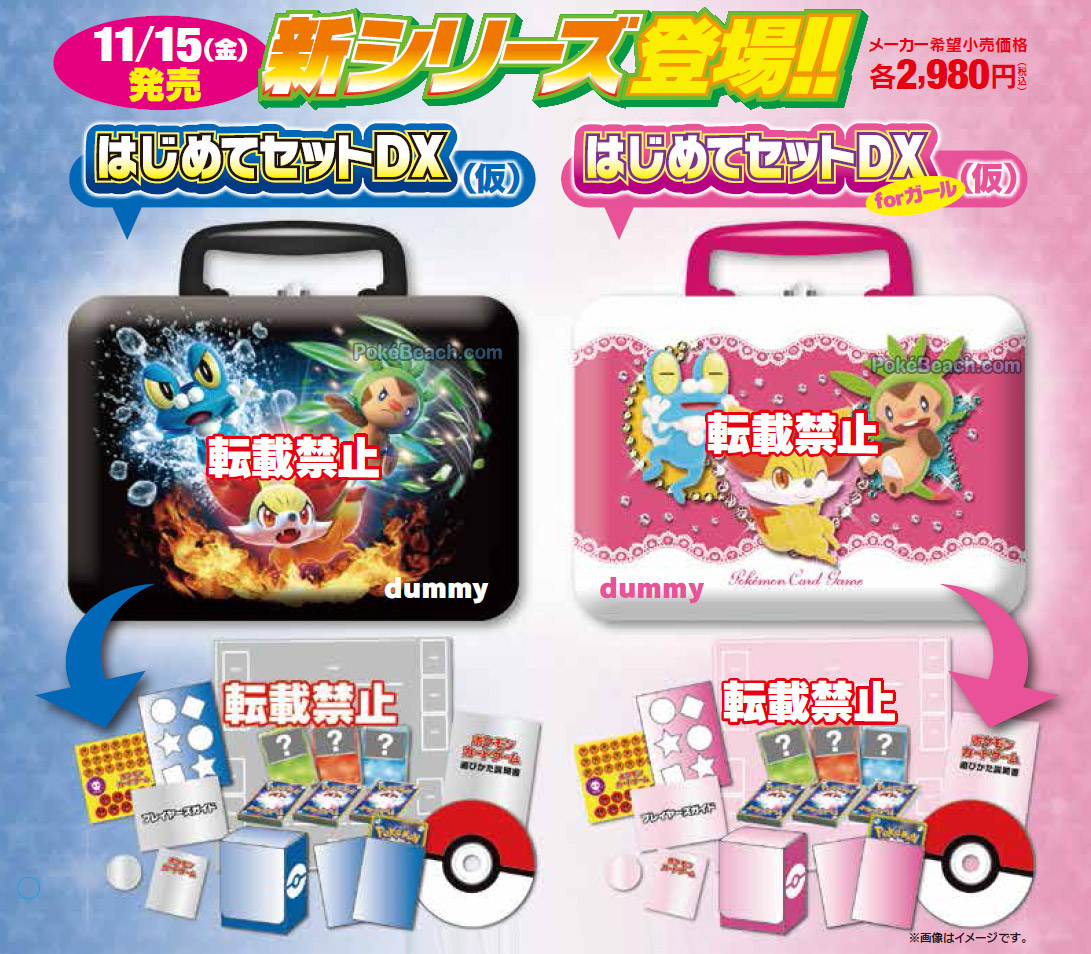