After two additional trips to see Extremespeed Genesect: Mewtwo’s Awakening, we now have a detailed drawing of Orotto thanks to our staff member, Viper.Fox. It literally only appears on the screen for three seconds, so you only get one extremely quick glance at it to be able to draw anything (and taking a photo during a movie is illegal). Since it is in a Hoard Battle it is even harder to see its details since the models are much smaller than a single battle’s.

For the first showing we drew out the basic body shape and our initial impressions of its design (it’s hard to do anything else when you don’t know what to expect), on the second showing we were better armed and honed in on its eye, mouth, and body details, and on the third and final showing we had already collaborated with Viper.Fox to make a drawing, printed it out, and held it to the screen to double check everything. We then fixed the last details and finalized the art below, which we are confident is 90%+ accurate (some of the spikes may or may not be leaves – it’s hard to tell, so that may be off). Orotto will probably be revealed soon and we’ll of course post its official artwork when that happens! 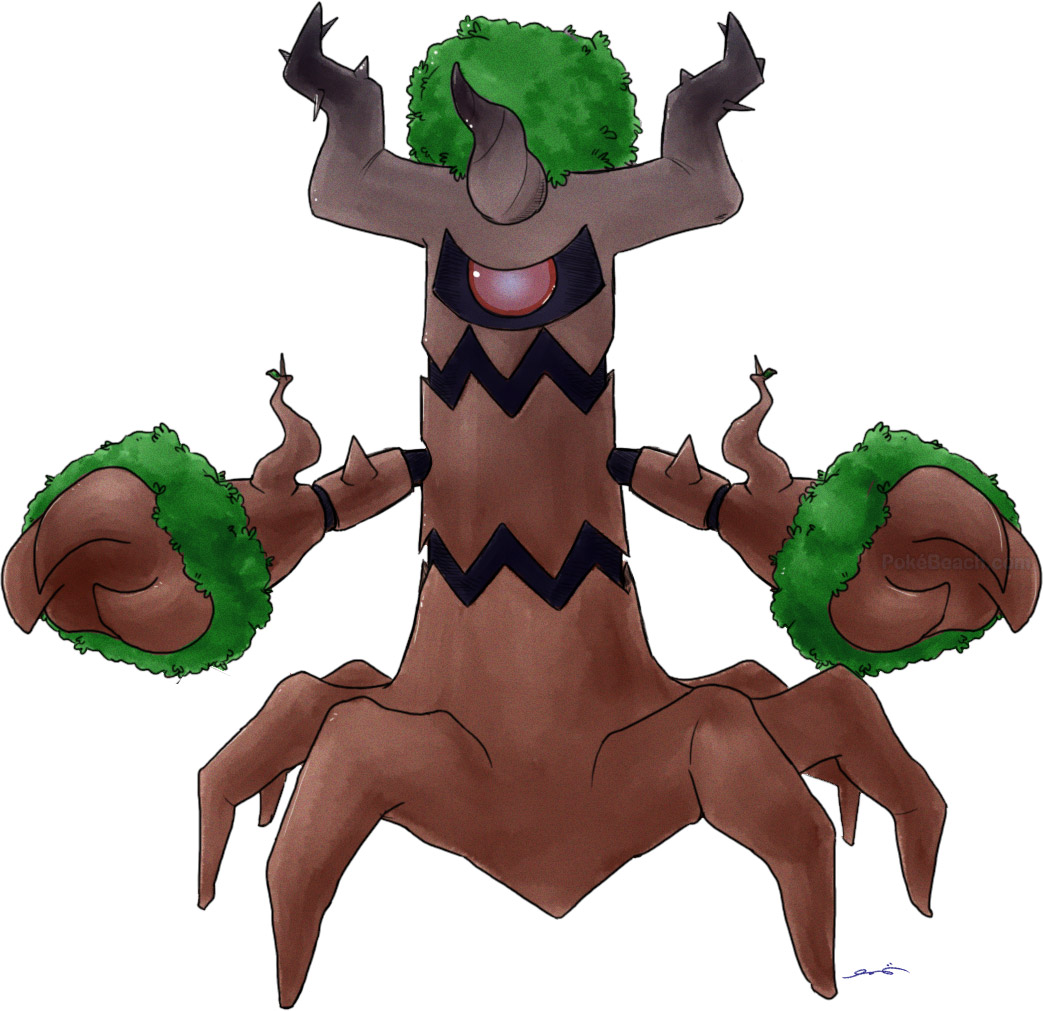 Orotto is a cyclops, has greenery on its arms and head, six legs, three horns with spikes, a tiny branch sticking out of each arm, a spike on each arm, and dark stripes wrapping around its body where bark is missing. It can be both male and female and it was seen at Level 25. In the pose it was standing in, it only generally moves just a little bit – there is nothing too specific about its movements. It faces off against Fennekin in a dark forest area.

As posted before, the new X/Y trailer did not reveal too much. Here are some of the details we noticed: