Thanks goes to Xous for the beautiful new banner!

Famitsu magazine has revealed the next several episode titles, some of which have already been revealed over the past few weeks, and two which have not. Can you guess why we’re posting this story? Thanks goes to DorianBlack for the translations! 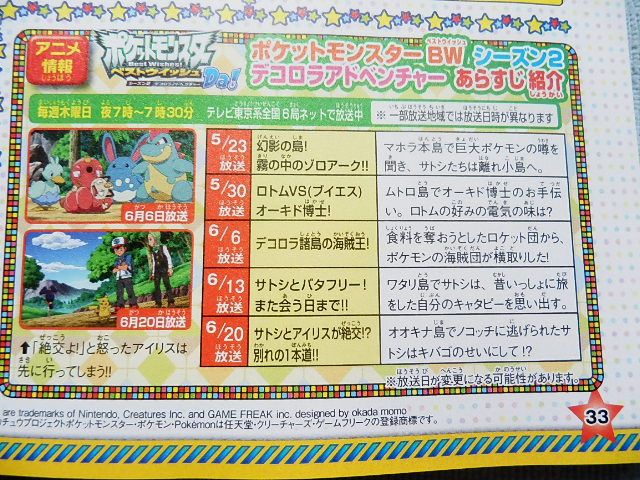 It should be noted that Ash may only be reliving his memories of his Butterfree in the episode rather than actually meeting up with it. Nevertheless, this will be one of a few times since Bye Bye Butterfree that Ash’s Butterfree has been acknowledged in the narrative (Ash remembered it in a couple of flashbacks before and it has appeared in one opening).