Pokemon Smash is currently airing, and for next week, it has promised to reveal a new Pokemon X and Y trailer. A small preview for the trailer showed a Pokemon blocked by a question mark, so it’s likely a new Pokemon will be revealed. We’ll bring you all the details in exactly 7 days, so stay tuned!

Update (4:26 PM) – The preview for next week’s episode just aired and showed Junichi Masuda holding a poster with a giant question mark blocking it. Will he reveal another new Pokemon or will it be the same one from the upcoming trailer?

Update (4:30 PM) – Pokemon’s Twitter has just posted “We’ve got big Pokémon X and Pokémon Y news coming up next Saturday! Stay tuned!” It seems they’ll be releasing the news at the same time as Pokemon Smash, as they posted their Tweet right after the show ended. Yay for simultaneity! 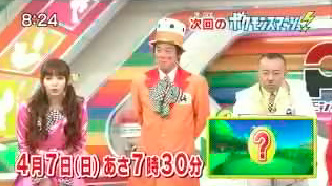 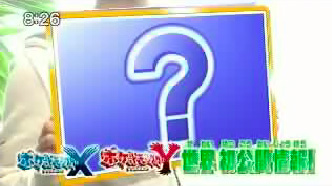