Update #4 (11:45 PM) – Added the full page below showing Ninfia with the other Eeveelutions and some in-game screenshots of it in battle. | Update #3 (8:10 PM) – Ninfia revealed below! | Update #2 (7:57 PM) – The Genesect movie has been renamed Extremespeed Genesect and Mewtwo’s Awakening. More below! | Update (7:38 PM): The silhouetted Pokemon is named Ninfia! Details below. 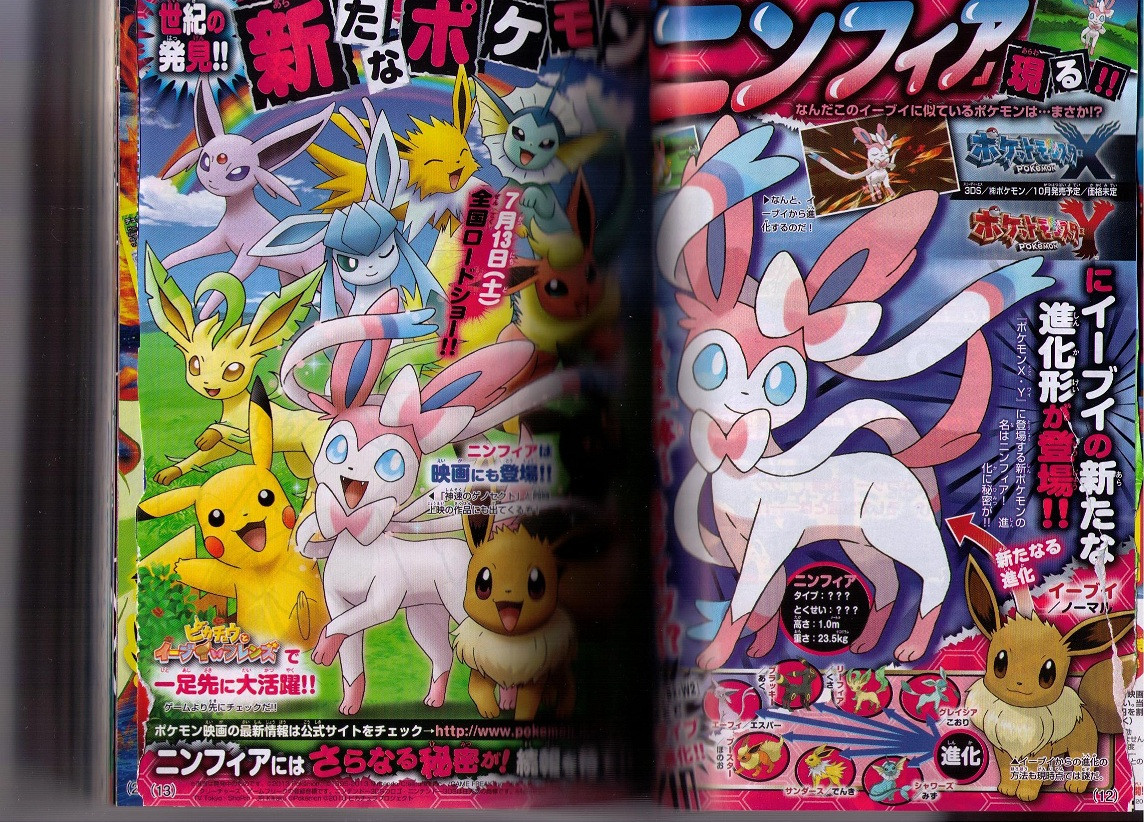 February’s CoroCoro cover has just leaked, revealing a brand new Eeveelution named Ninfia (ニンフィア). Its type and method of evolution were not revealed, but it is 1.0m high and weighs 23.5kg. Its name follows the same naming conventions of Glacia and Leafia (Glaceon and Leafeon’s Japanese names). Ninfia was foreshadowed for several months via the Pikachu and Eevee Friends mini-movie poster: you can see its pink bow in the middle of the logo. Since Eevee is getting a new evolution this generation, other older Pokemon may get new evolutions again too.

The Genesect movie has been renamed Extremespeed Genesect and Mewtwo’s Awakening (the “wow factor”). Team Rocket’s creation vs. Team Plasma’s? Holy cow! Could the city Mewtwo retreated to at the end of Mewtwo Returns be the same city Genesect and its crew are terrorizing in the film?

The rest of the magazine should leak tonight and we’ll upload the scans or photos the second they are released, so keep checking back!

Feel free to discuss the news story in this forum thread or on our Facebook page. Thanks goes to Viper.Fox for giving us the heads up on the first photo!