A new Salamence promo will be packaged with the next issue of Japanese manga and gaming magazine V Jump along with reprints of Bagon, Shelgon, and Devolution Spray from recent sets. The magazine blurs out Salamence’s card effects, but we do know it has 150 HP, an ability, and an attack for [R][W][C]. We’ll post its scan and translation when the promo is released next month. This will be the first time this particular magazine has released a Pokemon card before, and the first time since 2009 that Pokemon cards have been released in any Japanese magazine. 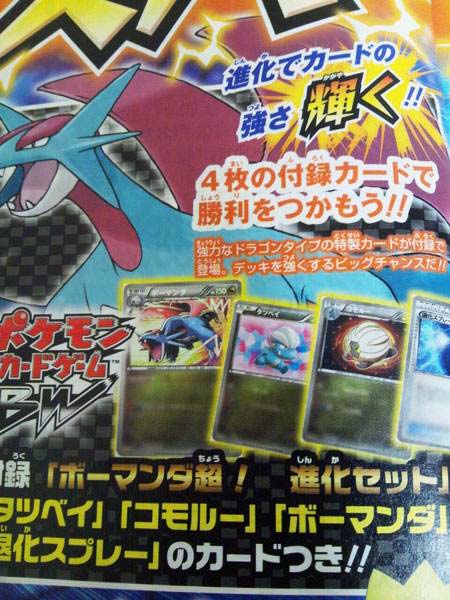