The prototype image for the “Plasma Gang’s Power Half Deck” that will be released alongside BW7 Plasma Gale has been revealed and will feature Klinklang and its pre-evolutions. It appears a new mechanic will be featured in BW7, as the Klinklang card below has “Team Plasma” under its HP in a special blue bar. This will probably be a new version of the “Owner’s” mechanic, as with cards from Generation IV like Gyarados G (G for Team Galactic). Unlike the Generation IV cards, however, Klinklang remains a Stage 2 card instead of a Basic Pokemon and does not have anything prepended or appended to its name like previous incarnations of Owner’s Pokemon (like Dark Blastoise, Team Aqua’s Walrein, or the aforementioned Gyarados G). 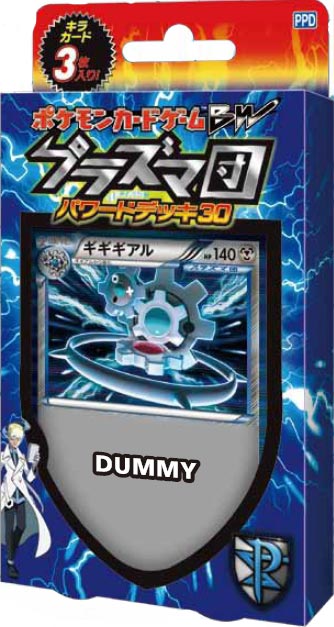