Such a news rush lately! Even though I’m in grad school now, I’m able to keep up with the influx just fine. Not holding my breath yet, though – it’s only the fifth week. Let’s see how much harder and busier school is going to get.

Japan’s fourth Black and White set will be called Dark Rush and is set for release on December 16th. It will feature Zoroark on its booster packs and will contain at least 69 cards (excluding secret rares). What makes the set different than usual is that it will specifically focus on Dark-type Pokemon and will have Trainers that work to support them. The first Dark-type Pokemon EX of the BW era will debut as well – we’ll probably see a Zoroark EX.

In addition to this set announcement, an Umbreon promo will be released in a blister pack containing four booster packs of Dark Rush. You can see a beta image of the blister pack and the set’s booster pack below (the Umbreon shown is just a placeholder).

The focus on Dark-type Pokemon in this set makes you wonder if we’ll see the return of Dark Pokemon, such as a Dark Zoroark. Every era of the TCG has featured Dark Pokemon (excluding the fourth generation, though we had those Owner’s Pokemon that sort of took their place). Perhaps the Black and White era will too. This is just speculation now, of course! Thanks goes to forum mod Viper.Fox for a heads-up on this news! 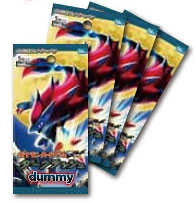 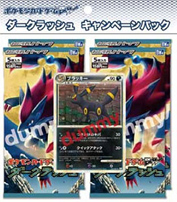