Isshu is based off New York according to the original beta cover of Pokemon Peer, a special one-off Pokemon issue. The circled text below says, “Our adventure’s setting is New York?!” Many fans have speculated for a while that Isshu is based off somewhere in America, drawing from the far-away setting, to American-themed Pokemon like Wargle and Victini, to Black people and football players present in the games. Pokemon Peer will be released in Japan this Friday and hopefully we’ll discover more background information in its interviews! 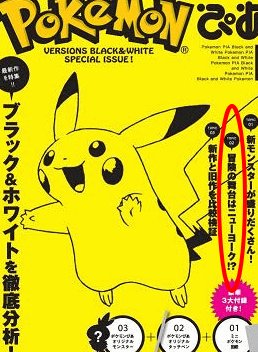