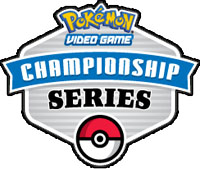 At each event, only 128 people will be allowed to enter per age division, all of which must use Pokemon Platinum (except in countries where it has not been released). The competitors will be selected randomly from everyone who shows up. This is unfortunate, as people who travel far distances may be rejected.

Each person who shows up will receive a shiny Milotic. It is at Level 50, knows Rain Dance, Recover, Hydro Pump, and Icy Wind, is holding a Flame Orb, and has a Classic Ribbon.

Restrictions on teams are as follows, including banned Pokemon.