I hope everyone had an awesome Christmas yesterday and that you all spent quality time with your families! Family is the most important thing you can ever have… no matter what.

We have received word on two Platinum tid-bits: there are six Pokemon LV.X in the set, including Giratina and Shaymin, as well as three Shiny Pokemon, which are again (ugly, scratchable, not-as-good-as-the-Japanese-special-holos) reverse holo cards.

As with previous sets, two binders featuring artwork from the set will be released. The first pictured below is a 4-pocket, 14-page binder and the second picture is a 9-pocket, 10-page binder. One of the Shaymin shown on the binders will probably be the artwork for the fourth booster pack of the set. 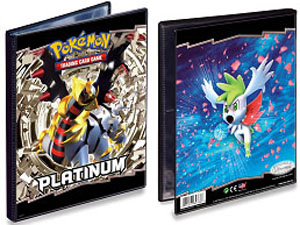 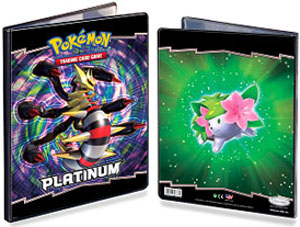