The 12th movie teaser trailer is now up on the redesigned Pokemon Movie website for the general public to see. It is the same trailer that showed during the one-hour special in Japan two weeks ago and at the end of Giratina and the Sky Bouquet: Shaymin. The trailer shows a closeup of Palkia, Dialga, and Giratina’s eyes, then shows Dialga and Palkia getting ready to battle as Giratina hovers over them.

The location scouting for this movie took place in Greece, including within Athens (as you can see in the trailer). The website also shows a few photos of the Pokemon crew in Greece, gathering photos and ideas for the movie. Greece seems like a nice place to introduce Arceus, doesn’t it? Who else is going to stop the huge battle? 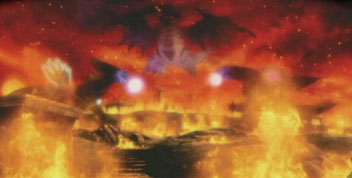