A new Pokemon Platinum trailer has surfaced, revealing many new scenes from the game. The video looks like it was taken on someone’s cell phone camera, and I am not sure where it originates from since it was sent to me.

The video shows the insides of some buildings including Gardenia’s Gym, the new Global Terminal, the Torn World and its 3-D rendering, and confirms what Heerosferret said the other day in her movie report about Pokemon Trainer sprites being animated (as well as what we said a while ago about the backs of Pokemon being animated). Click the thumbnail below to open the video in a new window. 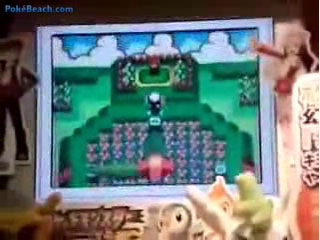