EDIT: Rewrote the Metal Energy news story – turns out that Fire Energy is given out this month, not Metal Energy (which I guess is common knowledge to people who go to League anyways, since it is printed on their point-keeping card). This is what happens when you don’t go to League… XD

Be sure to read last night’s news story about Porygon2 and Great Encounters if you have not been here recently.

Pokemon Ranger 2 – The sequel to Pokemon Ranger, Pokemon Ranger – Batonnage (Batonaaji in Japanese), was recently revealed in the February issue of CoroCoro magazine. Below, you can view scans of the magazine’s pages. Click the two thumbnails for larger images.

The magazine pages reveal very few pieces of information, but Bangiras has translated all of it. The game will be released on March 20th in Japan. At the beginning of the game, you have graduated from Ranger School in Allumia, the region of the game. Your character’s name is Hajime (if you are male), and you can choose from one of seventeen Pokemon to be your partner (Munchlax, Mime Jr., Kricketot, Cranidos, Croagunk, Machop, Shieldon, Chimchar, Piplup, Turtwig, Pachirisu, Starly, Snover, Hippopotas, Misdreavus, Sneasel, or Gible). Inferring information from the screenshots of the magazine, it appears as if a player can use elemental cards to charge up the Capture Styler, which, in affect, will reduce damage done to it by Pokemon of that type (you collect the cards throughout the game). Another new feature is the ability to use Surf with your Pokemon, just like in the regular Pokemon games. It also appears as if a player can choose to partake in smaller missions within towns, called “quests,” in addition to the main story’s mission. More information should be coming in the next Coro Coro, as this issue’s information is extremely general and is only introductory (it is “teaser”). 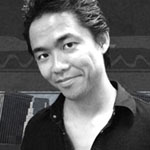 The nature of the surprise and what exactly will happen is unknown of course, but in Masuda’s post, he refers to the word “aspiration” twice, which may be a hint. Aspiration means “the will to succeed,” and is also the original name of Lake Valor in the Japanese games (it was originally Lake Aspiration). Perhaps if one goes to Lake Valor on January 12th, there will be a surprise of some sort? If you have forgotten which lake is Lake Valor, it is the one where Azelf resides (located in the southern part of Route 214). Team Galactic bombs it in the middle of the game, and it dries up as a result. Of course, Lake Valor may have absolutely nothing to do with Masuda’s message (and that probably is the case), but I am sure we will find out what it truly means soon. It might even involve something over Wi-Fi or Mystery Gift. We’ll keep you updated!

Pokemon League: Veilstone Season – The Veilstone City session of Pokemon League started on December 15th and will end on January 19th. In this time, a player can earn a reverse holo Metal Energy FIRE ENERGY card by simply earning enough points from TCG battles to receive the Cobble Badge, and then by completing ten League battles using the current season’s Gym Leader challenge.

EDIT: While the above paragraph is now correct, it does not seem like Metal Energy will be coming out anytime soon. The card was given out in Australia at a tournament, but will not come to America this month (probably not until the Canalave City season, which is the sixth session of League).

So anyways, I suppose this is a three-month advanced preview of the card if it does come out then? Thanks goes to Jade for the scan, and to SD Pokemom for clearing up my confusion! If anyone happens to earn their Fire Energy card and has a scanner, we would appreciate it if you could scan your card and send the image to us!