Pokemon Snap is now available for download via the Wii Shop Channel!

Bonsly in SSBB – The official Super Smash Bros. Brawl website revealed today that Bonsly is a Poke Ball item Pokemon. When released, it just walks around, but whoever picks it up can throw it at other players to do massive damage, potentially knocking them completely off the stage if they have enough damage already (apparently it hits so hard because it is heavy, but it only weighs 33 pounds in the games). However, it can be reflected, as shown in the last screenshot. Poor Bonsly – it’s everyone’s abused toy. Click the thumbnails below for larger images. 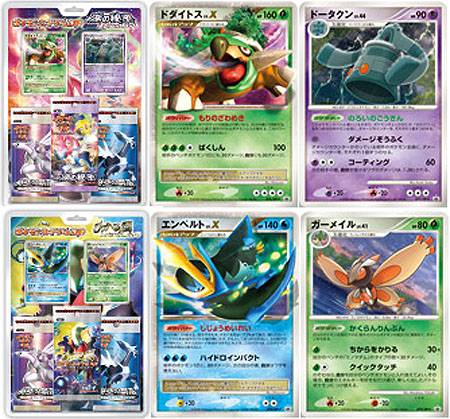 And yes, that is a Fire resistance on Bronzong. It can probably be attributed to its Heatproof ability in the games.