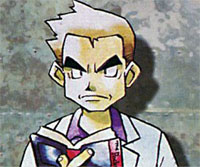 Ahhh! My first IB test is Thursday, and it involves analyzing a poem or prose passage! Worst part is, I can only study for it by reading other poems and prose passages to gain experience, and I suck with both! Ahhh! My English teacher also threatened to kill me today if I did anything Pokemon-related during these exams, so I am updating my website in high hopes. Just kidding. ;) On a lighter note, PokeBeach will be having at least two surprises before summer, although one is, as of now, “not-for-sure.” I’ll call the first one “Project Arena” and the second one “Project DP.” Although the Modified Card-Dex still has not been upgraded, as I have promised constantly for the past few months, it will be sometime soon, with new features. Can’t wait!

On two final notes, our Diamond and Pearl Wi-Fi League still exists (yes, I will continue to harass everyone about it), and is a very huge success, so if you want to see what it is all about, you can read this thread, then join our forums if you want to be apart of the League. Also, although I posted a few days ago that I have added transparent Diamond and Pearl Ken Sugimori images, people seemed to have, for some odd reason, missed the update, sending me e-mails asking me when I am going to put them up. Well, they are up! You can view our Ken Sugimori gallery by [clicking here]. To view the Diamond and Pearl images, click “Pokemon Images,” and go to the fourth column for all released and transparent Diamond and Pearl images!

Diamond and Pearl Blister Package – A new blister package will be released in June, featuring two Diamond and Pearl booster packs, an EX Power Keepers pack, a Palkia coin, and a Chimchar promo (it is unknown if this card will be holographic). The blister pack will go for around $14.00, and you can view a larger image of the packaging by clicking the picture to the right.

New Diamond and Pearl TCG Rules – Over the weekend, the official Pokemon TCG website updated with new TCG rules that will go into affect when the first [Diamond and Pearl] set is released this month. This is similar to when EX Ruby and Sapphire was released four years ago, and Pokemon Organized Play made new rules, such as that only one Pokemon can be retreated during a turn and you cannot draw a card on your first turn (wow, FOUR years already?). You can view the new rules by clicking here. It is highly suggested that if you play the game, you learn the new rules for when the set is released.

Arceus, the Alpha Pokemon – Many people have been wondering what Arceus looks like, since the only pictures that are available of it are its [in-game sprites], which are not very detailed. Thanks to a few hackers, two pictures of Arceus have been posted on the internet, each from Pokemon Battle Revolution (the Ken Sugimori image probably will not be released for a while, since Arceus is not legally obtainable at the moment). Click the thumbnails below for larger images.

Old Movie Trailers – In celebrating the 10th anniversary of Pokemon and Pokemon’s past, the official Japanese movie website has posted old movie trailers from movies one through eight. All of the trailers contain scenes that were made only for the trailers, and were not included in the actual movie. It is also worth mentioning that these were not the only trailers made for each movie – each Pokemon movie has at least three different trailers made for them over time, with each trailer being released as the movie comes closer to completion (we already have two trailers for the 10th Pokemon movie, Dialga vs. Palkia vs. Darkrai, and there is bound to be at least one more before it is released in July in Japan). The trailers on the website appear to be the second trailers released for each movie, not the first or the last, so there are scenes that were made for the movies in them, and scenes that were not. To view each trailer, click the links below.

1: Mewtwo Strikes Back
2: Revelation Lugia
3: Lord of the Unknown Tower
4: Celebi, a Timeless Encounter
5: The Water Guardians of Altomare
6: Wishing Star of Seven Nights
7: Visitor of the Space Fissure, Deoxys
8: Mew and the Aura-Guiding Hero, Lucario

Funny how Ash is always screaming “Pikachuuuu!!!!!,” Pikachu is falling, or Pikachu is crying. Such drama.

A New Affiliate! – I usually refuse to affiliate with other websites, since I do not believe in affiliation (that’s another story), but I came across a new website that reminds me of Meowth346’s old Pokemon Forever. The webmaster is making a sincere effort to present Diamond and Pearl in-game data, and has already created an IV Calculator and downloadables to help people with Diamond and Pearl. I contacted him over the weekend to affiliate, since he reminds me of both myself when I was first starting my website and Meowth346 with his in-game data, so here we are! His website is MetalKid’s Gaming Resources. It looks like it will become a promising Pokemon game website.

*goes back to studying*