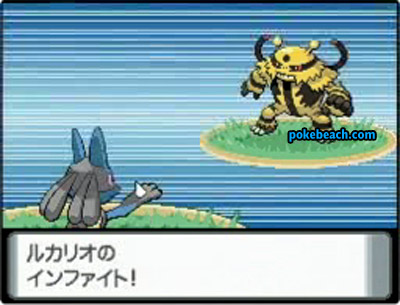 EDIT #7: Thanks to Bangiras for the following info:

EDIT #4: New Diamond and Pearl screenshots can be found on this page. EDIT #5: Added the Shino map to the page! EDIT #6: More screenshots added!

EDIT #2: It appears to be an Electabuzz evolution (if it’s not, then I will be extremely surprised)! I will post the picture in a few minutes!

EDIT #1: We have some D/P screenshots coming, too! Check back in a while!

You saw this here first! A silhouette of a Diamond and Pearl Pokemon from the official Japanese Yahoo site! It looks like an alien or bug-type Pokemon.