Finished The Most Forgotten Pokémon [YPPY] - GAME OVER! Winner Announced!

This game actually does have something of a goal, namely to figure out which Pokémon in our community is the "most forgotten". The host of the game (me!) will keep a list of all 721 Pokémon and each time a unique Pokémon is posted in the thread, it will be removed from the list. Once 720 unique Pokémon have been mentioned, the last remaining Pokémon is crowned The Most Forgotten Pokémon.

Please note that for the purposes of this game, Mega Pokémon and/or different forms of certain Pokémon are not considered "unique" Pokémon. If any are posted, they will count as a post of the regular form of that Pokémon. Rule of Thumb: If it has its own Pokédex number, it counts as a unique Pokémon.

It IS allowed to do the following:

It IS NOT allowed to do the following:

Good luck and have fun!

NOTE: This game will end on Thursday, November 5th OR after 720 unique Pokémon have been listed, whichever comes first. If the game ends by running out of time, we will instead have a group of Forgotten Pokémon instead of a single winner.
Last edited: Oct 24, 2015

Member
This should be fun!

Member
I've gotta go for my favourite Pokemon Altaria. I'd be a terrible person if I didn't!

Because even if it's not forgotten whatsoever, as the leader of the Pichupocalypse it is my duty to post about Pichu at every opportunity.

Member
Squirtle, it is in my username.

Just a Ghost of the Past

Member
Volcanion, since I am not sure if he counts for this thing or not 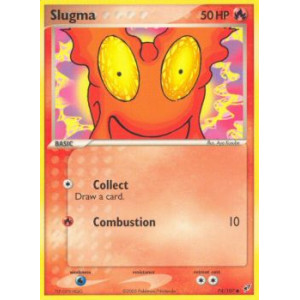