Member
Lunaala is amazing. My favourite legendary since Lugia. Love Rowlet too, though I'm not crazy about the name. In fact all the names so far have been a little off for me. Litten? Ugh. Popplio is kinda cute, but he seems really flat. I hope he improves when he evolves. Litten is just plain ugly.

Tails said:
I don't see Litten being part Ghost in its' final evolution; you may be seeing something I'm not. However, I do agree that we may possibly see Litten's final evolution being Fire/Dark.
Click to expand...

I can see why he thinks it can be a Fire/Ghost type, maybe because on his head its a symbol of a fish bone, [death] so.. maybe ghost? x)


Also the sounds from the starters are funny I hope for more NEW pokemon, instead of Kalos pokedex...
Last edited: May 10, 2016

Member
Aw, man! Definitely getting Sun to have Liger Zero on my team! 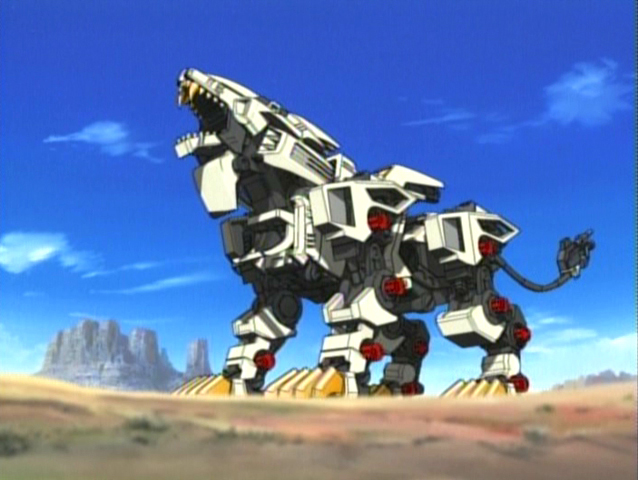 Seriously, though, I like how the Sun legendary turned out. The Moon legendary looks neat too. I'm getting a BW vibe from the starters, though. Not too crazy about them initially, though they're already starting to be alright to me (which is much faster than BW's starters).

Member
YEAAAAAAAAAAAH FINALLY. It's been so long and now I feel so happy and excited that we FINALLY get leaks after so many friggin' months.

Rowlett is adorable with its leaf bowtie, Litten is literally Ryuko cat, and Popillo is a little sassy seal and I want ten of them. I am yet again torn in what starter and version to get.


also rowlet turning its head is so adorable it hurts

Member
I'm loving the starters, especially Popplio! I'm torn with who I'll choose though. The colors are so different from what we usually see with starters, they're standouts. The legendaries are equally cool, I can't decide which will be my main game.

Its crazy how much Lunaala looks like Olympia. I wonder if she's from this region. I also wonder if we'll see Shauna in these games on her vacation.

Member
The Sun legendary looks like Leomon from Digimon

But seriously, Am I the only one still waiting for generation 6.5 with Magneara and Zygarde complete forme?

Member
I remember back when Pyroar came out, everyone was hoping that it would be a manticore with a poisonous stinger tail, and then it wasn't. But look closely at this one's tail (Fire/Poison Solgaleo anyone? First poison legendary!) Or maybe fire/steel - the way its body is designed, and the shading doesn't quite seem like fur...

And also, kind of disappointed that it turned out to be a lion, since before it was released everyone was saying "IT'S A LION DUH" and then there were some people who were thinking of clever other meanings of Solgaleo's name but being ignored for some reason, which I though was cool and underappreciated so I wanted them to be vindicated. But it doesn't really matter, since it is a logical fallacy to think the final result undermines the validity of the predictions when they were made.

Also, I've said this before, but I would love if the legendaries, instead of just being essentially powerful items to obtain despite being supposedly powerful and intelligent beings, were voluntary players in the stories with clear personalities that really differentiate them. Black and White came closest with the legendaries actually choosing their side, but they were still trapped inside a stone most of the game and had no distinct personality despite being the embodiments of idealism and truth and everything. I'm talking more about legendaries having as much character as the humans, and differing from each other in terms of the plot and their personality.

Member
This is a bit interesting. In all the previous games, the grass starter was based on a reptile/Dinosaur. I wonder what this Owl pokemon's final form will be like. Pokemon has been consistent with the fire starters root (chinese zodiac) and the grass starter's root aswell.

YGO TCG is Cheaper. Fight me.

Member
I don't know if I'm the only one who noticed this but: The Legendaries share heavy similarities colour-wise and body-wise with Arceus.

Member
I've heard people talking about how Lunaala looks like Olympia. Well it does. But wouldn't it make more sense if Olympia had dressed to look like Lunaala. This game has been in development for 6 years. XY had 3 years. Meaning development started at about the same time so they had plenty of opportunities to put in some little things like this.

If that really makes you mad enough to share such vehement disappointment I think you are playing the wrong game...

Member
Rowler and Litter both look awesome! But which one!?

Oh My God! No Chibis overworld anymore! No stupid circles under pokemon in battles while in Grass and so many other things just in one trailer! The game looks more real than ever! It's actually happening!
Last edited by a moderator: May 11, 2016

Forum Mod
Member
I like the idea of Fire Poison for Litten's evolution. Although it is unlikely since this type is pretty much evil team's type

Elite Member
Advanced Member
Member
As long as it isn't Fire / Fighting I'll be happy. We've had enough of those starters.

Member
After some careful research and consideration, and based on Rowlet's Grass/Flying type, I believe the leftover two starters will have types focused on a secondary counter cycle of types as to match with Rowlet, even though its not too obvious at first sight. What do I speak of you say? Easy, I speculate that Litten and Popplio will be these types in the end:

Why Fire/Rock for Litten's evos you ask? I put this guess mostly due to its attack animations. As one can see...whenever it attacks, its fur rises up in the middle, forming what seems to be miniature volcano-like shapes, especially with the red tip, which could be representing lava. In essence, you could say that Litten's fur always "erupts" when he attacks. In addition, Alola is a tropical region based on Hawaii, and what is Hawaii known for? That's right, volcanoes. Adding to this, the marks on Litten's forehead, as well the shape of his eyes is speculated to be a alchemic symbol for Sulfur, alternatively known as brimstone, a substance that can be found around volcanic areas. Look it up.

The black fur in return could/may hint to obsidian, which is black glass made of hardened/crystalized magma. In addition, volcanoes always erupt volcanic smoke/gas, which in turn has various gases in them including sulfur dioxide, a toxic gas active by volcanic activity. As result, a Fire/Rock typing would indicate a defensive, but mid fast/attacking type. Also if this kitten evolves into a tiger, these beasts are known to be very enduring and powerful by nature, and are also the largest feline around. Combined with a rock hard defensive hide, this cat is not one to mess with. That said, however, sulfur could end up being the key for Litten to become a Fire/Poison type, but I'm yet not too convinced. Its way too easy and predictable. I mean, who expected Fennekin to become a Fire/Psychic type in the end? I didn't expect it.

In addition, its Dex entry, as well its personality and behavior seem to hint to volcanic themes:

"Logical but also passionate, Litten always remains coolheaded and doesn't show its emotions on the surface." - Dormant volcano.
"When the time comes for Litten to shed its old fur, it all burns up in a glorious blaze." - Erupting volcano.

For Popplio's possible Water/Fighting type, however, I pulled out the Fighting type mainly because of one thing only; Popplio's acrobatic, swift fighting style. Fighters, especially fast ones, can be acrobatic, and combined with water, which on itself is fluid, fast and agile, you're getting a pretty swift, fast fighter, but one with low defenses. His art already shows a pretty good use of how he tends to use his bubbles in a fight. Its easy to imagine that he could form bubbles around its hands as a pair of boxing gloves and pummel the opponent senseless.

If this works out, one could see all three starters representing the sky (Rowlet), the land (Litten), and the sea (Popplio), which is pretty ironic, seeing as the legends of Hoenn (another tropical region) represent the same domains of sky, land and sea. Ultimately, I could be wrong with my theory depending what the second evolutions will show, because the second evolutions give a better insight into their actual typing. Who knows, perhaps both Litten and Popplio will stay mono-types.
Last edited: May 11, 2016

Member
I honestly wanna see the evolutions for all these guys.
Cuz I'm stuck between Popplio and Litten

Member
Ummm I just realized something...

The combination of both looks very similar to that simbol...

godzilla41 said:
This is a bit interesting. In all the previous games, the grass starter was based on a reptile/Dinosaur. I wonder what this Owl pokemon's final form will be like. Pokemon has been consistent with the fire starters root (chinese zodiac) and the grass starter's root aswell.
Click to expand...

Now, if you had said prehistoric animals, then it might make sense because Chesnaught has qualities similar to giant armadillos and glyptodonts. But there's no dinosaur in it.