Always standing out from the crowd.

Member
Can we use unique set mechanics in our submissions (e.g. the time counter from my last set)?

Member
It will take a while untill my card will be done due to Mouse problems!

ThatOneHoundoomLover said:
It will take a while untill my card will be done due to Mouse problems!
Click to expand...


NinjaPenguin said:
Can we use unique set mechanics in our submissions (e.g. the time counter from my last set)?
Click to expand...

That would be fine, but be sure to explain what the mechanic is in the entry post, so that the judge can understand it and judge accordingly.

Forum Mod
Advanced Member
Member
Ladies and Gentlemen, I introduce you to...

“It rides on the wind and slips into people’s homes. After it has turned a room into a cotton-filled mess, it giggles to itself and takes off.”
Good luck to everyone else involved!

I'm so glad to see so many new (and old returning) faces this month for the reintroduction of the CaC! Really looking forward to taking a look at the cards you guys bring to the table.

Best of luck to you all! 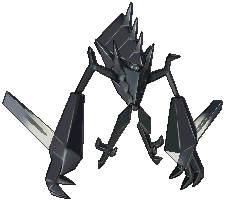 Weakness: [P] (x2)
Resistance: None
Retreat: [C][C]
Scientists have not discovered the true nature of this enigmatic Pokemon. Whether it is an Ultra Beast or not has yet to be decided.
References: Power Spray PLA, Reuniclus FAC, Smeargle CoL, Giratina-EX AOR, Sylveon-GX SM1+

So, when handling the "third" legendary in Sun and Moon, Necrozma, I wanted to make a card that tapped into the prismatic, reflective property that Necrozma has. This is evident in both the ability and attack, which both play off of what your opponent has. This also leads into the bizarre, UB-like clunkiness I also wanted to capture. The card is very powerful, being able to reach up to 250 damage, which can knock out almost everything in the format, however, there are several criteria needed to be reached to achieve that, from the high energy cost to managing the requirements needed to achieve that damage. The attack pairs well with an ability that is equally clunky. The ability allows you to control the criteria for damage, but it has heavy drawbacks. For one, the resources can't be recovered during your opponent's turn and it is as only as good as the card your opponent plays. Overall, this card seems like it could make an impact on the meta with a unique ability, but also be held back by some big downsides it has.

Oh, and also-can we use older card formats to create cards?

Oh, and also-can we use older card formats to create cards?
Click to expand...

Unfortunately we don't allow the use of card generators for the image-based portion of the competition. However, this competition is the perfect time to learn how to make image-based cards using image editing software, such as GIMP (free) or PhotoShop (paid). We've got a ton of resources and guides available to walk you through card creating, and if you come across more specific problems, you can use either that thread or our designated PB Faking Skype Chat to ask the question (send me a PM with your Skype username if you want me to add you to the Skype chat). Let me know if you still want me to sign you up. ^.^

You can also use older card formats to create cards, but be sure to specify that when you post your entry.

The Cosmic rage of Astral Dwarfs from Aberdeen.

Member
Oh hi! I signed up just to enter. For Image-Based, anyway. Here it is:

Basically I cannibalised a Gym-era blank (Credit to Icycatelf) to add elements from the Evolutions set cards, making it a glorious Frankenstein's monster of Classic and pseudo-Classic Pokemon Cards. Why did I go for a classic look instead of something more modern? 'Cos I like the classic look, what's it matter to you?

The art-borders, and other related bits that were originally gold have had a change of hue. This was inspired by how Dark/Light/Shining cards got a suitable change to their gold-bits back in the ol' days. I wanted to give Alolan-form Pokes their own special feel!

I initially really wanted the Icicle Spear attack to have a special effect, but it all ended up looking like too much text for the seemingly little space provided, so it had to go.

I'm not too proud of my drawing skills here, I must say. I'm more of a graphic designer than a proper artist. Oh well, practice is practice.

Good luck, everyone else!

Member
Time to scrape off the ol' rust
In for image, if spots are still open!

It requires the use of a item card to make sense so I'll be turning them all in together.

crystal_pidgeot said:
My submission will be in two parts if that's fine @bbninjas

It requires the use of a item card to make sense so I'll be turning them all in together.
Click to expand...

You can add an Item card along with your entry if you wish, but you will only be judged on the Pokemon entry. So even if the Item is the most creative idea in the competition, you will still not get any points for it. If the specific Item card is what makes your entry original, synergetic or playable, then I suggest you tweak your design slightly so that is no longer the case.

Member
I am very proud of what i'm about to submit 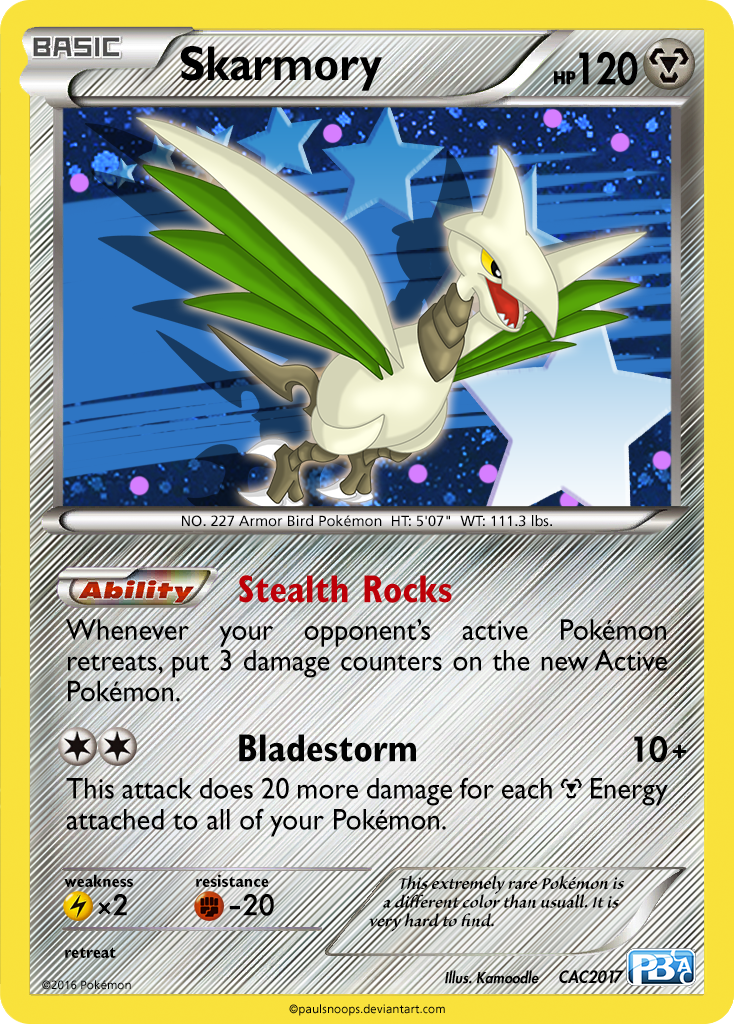 Artist is known by their DeviantArt name by Kamoodle. They have give me permission to use this art /SPOILER]
One of my wording references was Xerneas-BREAK, other than that everything came naturally.

I hope everyone likes it! Good luck to all

Member
Sign me up. Also, where do I find the blanks?

The Cosmic rage of Astral Dwarfs from Aberdeen.

If the former, then you have to paste the URL, rather than the file name.
If the latter, then you should click on the 'upload a file' button below the text box when replying to the thread. Should be next to the submit button.