Hello readers! Gabriel again with another Pokémon TCG article and this time I will talk about Turbo Origin Forme Dialga VSTAR, a Japanese-origin deck that was successful in winning some online tournaments. I was one of the players who also won a tournament with the deck, so I want to analyze it — mainly because I think it’s a good option to use in the North American International Championship (NAIC) and Worlds 2022. 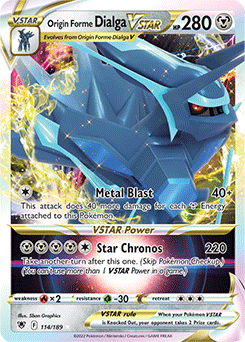 On June 7th the player Reiji Nishiguchi decided to play Turbo Origin Forme Dialga VSTAR in the 41st edition of the Late Night online tournament, a free and open tournament for players from all over the world to play, and he ended up winning the 320-player tournament with his never-before-seen deck. The following week, the deck won Late Night again, this time with another Japanese player...
Click to expand...