The latest TCG accessories have been revealed! These will hit store shelves at Japan’s Pokemon Center stores on May 13th to celebrate the release of Dark Phantasma, which releases the same day.
They feature Hisuian Zoroark, shiny Gardevoir, Hisuian Goodra, Hisuian Electrode, Hisuian Zorua, and Arezu — all of which will be featured in the set. 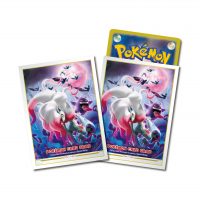 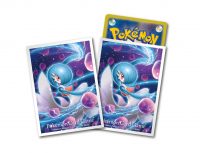 Where can I order these I want those Anzu sleeves?

Member
Gonna be ordering those sleeves minus the Goodra ones


Rez said:
Where can I order these I want those Anzu sleeves?
Click to expand...

Member
I don’t understand why these aren’t released worldwide. There is so much profit TPCI can make off these products from me alone

Member
I love the look of the artwork on the sleeves; however, if they are anything quality wise like the ones that come in with the ETB, I don't think I would use them.

Member
These are better quality sleeves. The ETB is really the only time you get sleeves that poorly made and it's because you're basically getting them for free
D

Nirvanna21 said:
I love the look of the artwork on the sleeves; however, if they are anything quality wise like the ones that come in with the ETB, I don't think I would use them.
Click to expand...

Japan PC sleeves are much better than the ETB sleeves.

Member
I really hate how much I love these Japan exclusive sleeve designs, because they cost me $20-40 per set to import depending on the design's popularity, where as if they were released internationally I could get any 3 sets of sleeves for $24 (together with free shipping). I legit want all of these, but I have to restrict myself to 1 or 2 sets due to how much importing costs.
R

Raigetsu said:
Gonna be ordering those sleeves minus the Goodra ones

Can I get a link to it please!
Z

Member
They knew EXACTLY what they were doing with those Arezu sleeves.

Member
I can't help but wonder if Pokemoa drew those Arezu sleeves. I think I've only seen one instance where they noted the illustrator on the sleeve package...
R

Rez said:
Do we know when Pokémon center online will add these to their website I keep checking and so far nothing
Click to expand...