A new Flapple “Character Rare” card has been revealed from S8b VMAX Climax! The Flapple is a reprint of the Flapple from Rebel Clash. The character featured is Milo, the Gym Leader of Turffield. 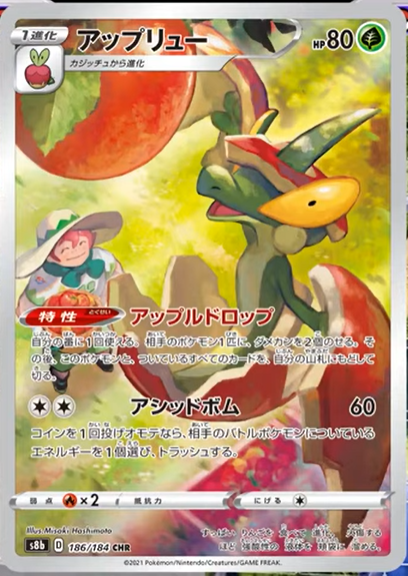 This card will likely be released in our Brilliant Stars set, whose press release mentions that the set will include “a special Trainer Gallery subset of 30 cards with artwork featuring fan-favorite Trainers and Pokemon.” The original card is seen below. 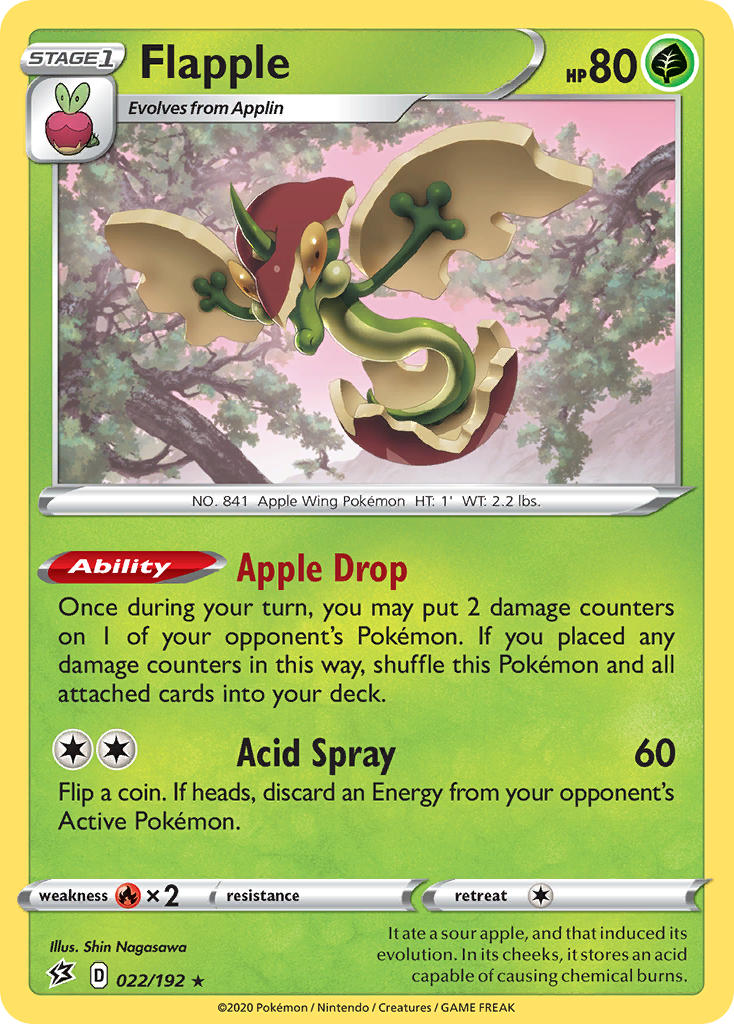 Ability: Apple Drop
Once during your turn, you may put 2 damage counters on 1 of your opponent’s Pokemon. If you placed any damage counters in this way, shuffle this Pokemon and all attached cards into your deck.
[C][C] Acid...
Click to expand...

Member
These are my favorite to collect. Cheap to purchase singles since historically they have been relatively easy to pull. Great to frame and hang on the wall

Member
Not a fan of CHR

Member
How rare are these character rares; how many packs would I have to open to pull one?

Clam said:
How rare are these character rares; how many packs would I have to open to pull one?
Click to expand...

Never got to open a VV booster box, but I imagine they'd be similar to Amazing Rares. Maybe 2-4 a box? I would hope at least. They shouldn't be that hard since they're in the reverse slot.

Member
It's so cute

Member
omg does this mean every Galarian Gym Leader is gonna have one?? YES PLS

I really do wonder how they're gonna pick which 30 out of the 60+ CHR/CSR cards they're gonna put in Brilliant Stars; and then how are we gonna get the rest of them in English? In the next main set, or maybe 2022's holiday set? I NEED TO KNOW