Member
I was playing online with an entei deck I had just built and I ran into a greninja deck, my opponent put fighting fury belt on the break Pokemon and it worked increasing its HP and damage done and since fighting fury belt only works for basic Pokemon, my question is, are break Pokemon considered basic, or did I find a bug in the online game. 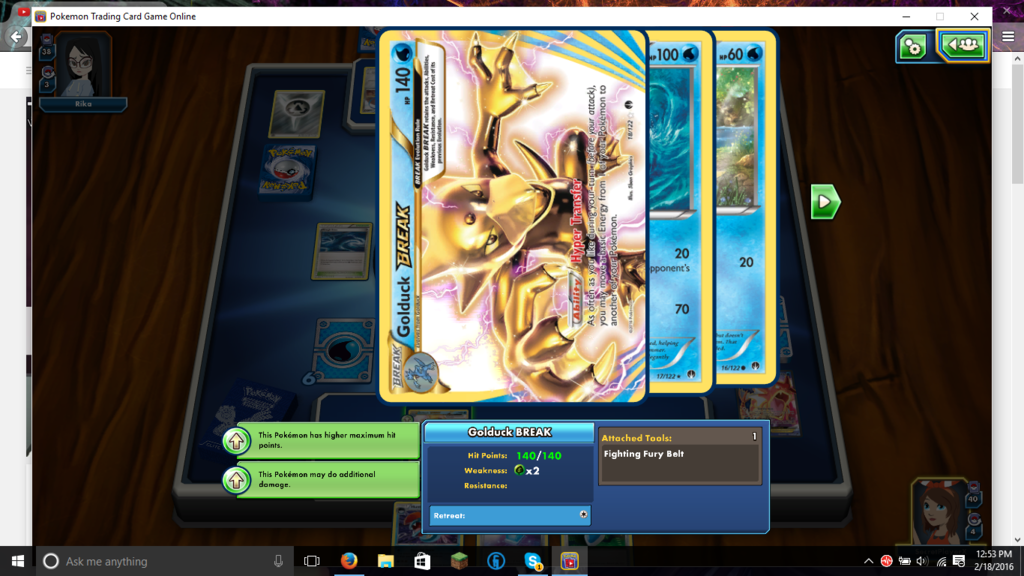 here is an example of what i mean, as you see golduck break has the fight fury belt on it and its effects are applied
Last edited: Feb 18, 2016

Forum Head
Articles Head
Elite Member
Advanced Member
Member
It's a bug. Pokemon BREAK are their own evolutionary stage and do not share a stage with the Pokemon they BREAK evolved from. You can attach Fighting Fury Belt to them, but it will not have any effect.
You must log in or register to reply here.
Share:
Facebook Twitter Reddit Pinterest Tumblr WhatsApp Email Share Link
Top