Enamorus V and Arc Phone have been revealed from Dark Phantasma!
Enamorus is the newest member of the Forces of Nature trio and debuted in the Legends: Arceus video game. She’s a Fairy/Flying type. Her first card depicts her in her Incarnate Forme. Like Tornadus, Thundurus, and Landorus, she can also change into a Therian Forme that resembles a turtle. Since it seems this year’s sets are highlighting the new Pokemon from Legends: Arceus, we could also see her Therian form in this set. 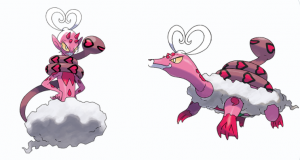 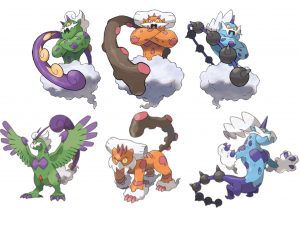 Dark Phantasma will release in Japan on May 13th. Many of its cards will become part of our Lost Origin set in August...
Click to expand...

Member
Arc Phone - absolute mad card in some decks like Mew, in which it needs all Genesect in the bench for rapid draw. This also can ditch Peonia down the drain, 'coz this is an Item card. Actually it reminds me of Legends Awakened Azelf on this one. 4-5
Enamorus V - prevents ability lock or smth? 4

Member
I'm so glad we're getting item cards to get cards out of the Prizes between Hisuian Heavy Ball and now Arc Phone. Great timing too since we're gonna have Radiant Pokemon arriving soon, which you can't run multiples of in case 1 gets prized. Also great for cards that rely on having no prized copies to maximize their attacks or abilities like the new Beedrill V, Pokemon Go Magikarp, Falinks, etc etc.
P

N's Rhyperior said:
Arc Phone - absolute mad card in some decks like Mew, in which it needs all Genesect in the bench for rapid draw. This also can ditch Peonia down the drain, 'coz this is an Item card. Actually it reminds me of Legends Awakened Azelf on this one. 4-5
Enamorus V - prevents ability lock or smth? 4
Click to expand...

Hisuian Heavy ball would be better than arc phone in that case. Being able to look at all of your prize cards instead of picking a random one. And putting it into your hand instead of on top of the deck. Arc Phone really doesn't strike me as a good card. With Hisuian Heavy Ball, there's no reason for choosing basic pokemon, and with peonia, you have a better chance to get what you need in your hand.

With Enamorus, there really aren't that many abilities this would help you with. Abillity lock? Sure, but by the time this comes out, that would be very close to rotating. You can make a case for Umbreon VMAX, but that has dropped off too. Not only that, but this only belongs in decks that play [P] Energy. Otherwise, it's useless. Unless we get better abilities in the future, I think Enamorus isn't that good.
D

Member
arc phone - I am right about the corner to try out jirachi prism star in arceus deck in expanded without this card in the format, but now with this in the format I belive jirachi will become a meta staple in the similar usage rate as crobat is in standard. the sheer consistency of having this card times 2, 1 jirachi P and 1 oranguru to get extra prizes is extremly good. I expect this to be a contender in expanded. a big deal over this in expanded is that there is so much support pokémons u want on the bench that u don´t like having 2 slots taken up by mime and jirachi. peonia should also be played with this combo as it is searchable with lele, which is in its own right searchable with all the crazy pokemon search. in standard, it is weaker. dream ball and treasure energy do exist but you do have to get dream ball on top of your deck. guru and rotom phone is rotating, and peonia doesn´t have this problem. so peonia outclasses arc phone in this apartment, even though it is being your supporter for the turn. it will also lack searchability post rotation due to shady dealings rotating. water decks will get their own korrina that can search out this. u can use switching cups to be fair in standard, but then you will put in quite a bit of deck space for a combo that you can do with just a peonia. you would need like 3 of both items. I could see this in arceus as a stage 2 tech deck. with cards like dusknoir, hisuian samurot, hisuian deci, single strike cinderace, inteleon, gardevoir, beedrill, jumpluff, galade, florges?, swampert, solgaleo, fusion strike obstagoon and the dusknoir that moves around special energies. that last one actually could work with viv dusknoir and temple of sinnoh even if the effect of the special energy would be gone.
what grade am I giving it? 2 different. grade: 2/5. niche effect that takes up more apce than peonia and peonia gives you 3 times more controll of which prize you fix. but this is an item. it has potential but nothing obvious in having succes. grade in expanded: 5/5 great card that will be a key piece in tp tier decks together with jirachi.

enamorus v - would have been more impactfull if we had this released last summer, with shady dealing rotating, quick shooting will be less impactful. we still will be imune from those quick shootings that we will have in the format. if we ever get a card with an ability like burning shadows vileplume in standard, then this can be a tech if you are able to play psychic energies. this can help against these special condition decks that uses abilities to get the condition on you, or against umbreon vmax if you are playing a shadow rider W. mewtwo vstar deck, gorebys/huntail/muk/empoleon V/other controll cards will no longer irritate you. but espeon vmax exist, which might be a 1-1 line giving up 3 prizes. but is more versitile in not limited to psychic energies and working from the bench. enamorus V has a decent attack though that works like trinity nova, once you have it up you also get the next attacker ready. grade: 1,775638/5 alright tech for it's ability but is outclassed by espeon vmax

Member
With the release of Arc phone, I'm fully expecting a ban on either prism star jirachi in expanded, or the detective pikachu mr mine. Or maybe even greedy dice, although that's a long shot...

N's Rhyperior said:
Arc Phone - absolute mad card in some decks like Mew, in which it needs all Genesect in the bench for rapid draw. This also can ditch Peonia down the drain, 'coz this is an Item card. Actually it reminds me of Legends Awakened Azelf on this one. 4-5
Enamorus V - prevents ability lock or smth? 4
Click to expand...

I don't think it is as good as you think it is. It's a random face down card that you're switching with. You'd have to play four to really have a good shot at this, but I don't think that's worth the deck space.

Member
The fact that it excludes itself and that it has to be in the active spot really makes Enamorus trully useless.

Member
Seriously? I was really hoping the next set after Astral Radiance would feature the 4 Genies....now they literally can't do that because Enamorus is just a random V in a set that's already going to have a featured Vstar in a future english set. Man, imagine how cool Landorus Vstar would be...

ThatUnlimitedProf said:
I don't think it is as good as you think it is. It's a random face down card that you're switching with. You'd have to play four to really have a good shot at this, but I don't think that's worth the deck space.
Click to expand...