TheR3DX said:
I understand its a marketable pokemon but if the tcg needs to cycle Charizard, Mewtwo, Rayquaza, & Darkrai over and over then they need to fix their marketing. Blue sold better than Red in the US the only reason Blastoise isn't as popular as Charizard is because they did Green and Red in Japan, over all more global copies of Red were sold. Evolutions was a set built around nostalgia and as every thing ever has proven nostalgia sells, everything from soda to video games. Charizard has been in 2 Smash (1 as its own character 1 once where its split between the kanto starters) as appose to Pikachu and Jigglybuff that have been in more, Lucario & Mewtwo have been in 2 as their own character. Ash's Charizard is a cheap pop of nostalgia to try and get the show that has lost viewers to get some viewers back. I understand Charizard fanboys will defend its the best pokemon and needs to be in every set but there are some of us who are fans of the franchise and want to see more than the same 6 pokemon
Click to expand...

I agree with most everything you're saying, but unfortunately, Charizard is generally well-received; leaving the haters in the minority.

With that said, they do a surprisingly good job with rotating through the 800+ Pokemon.
Though some may be forgotten, they still are getting prints.
Example: I really like Primeape, but even though it was printed in STS, most of the prints it gets are strictly unplayable.

They have variety, they just cater to what's going on currently in the franchise.
Volcanion // Magearna movie?
They release Steam Siege.

the Pokemon company, more or less, likes to tie all their products together.
Which may cause a loss in variety, but we still see fresh Pokemon every so often.

Member
I just hope that the art includes Zard wearing the glide gear. Although its likely going to be another waste of trees.
Last edited: May 12, 2017

Ecourts said:
Actually, I don't think they've made one that's too high.
Unless I'm missing one, I think M Charizard's 300 is the highest?
Which could actually still miss out on a KO.

Still need a way to remove its fire weakness. the Flashfire/Evolutions one does 300 damage + super effective

Rocket The Shellos said:
Still need a way to remove its fire weakness. the Flashfire/Evolutions one does 300 damage + super effective
Click to expand...

TheR3DX said:
They're printing other mons because its less appealing to buy a set that's 20 cards so they need fillers which is where many mons always end up, the last useful castform was holon's castform, apart from that castform was used for filler in the D/D/P era due to its forms allowing it to take up 4 spots and now in S/M its getting its first new print, Dewgong wasn't printed at all from HGSS(2010)-Generations(2016). As seen with Garb, Blastoise, Shaymin Sky, All the Nightmarch mons and so on, pokemon that aren't huge marketing points can be made marketable if they have something to market in the first place. Shaymin Sky a pokemon that had next to no presence in the tcg was given 1 ability that made it the definition of important support card and has become the most expensive card for deck building and even was a main reason behind RS getting another printing run. Tying the TCG releases to whats going with the games is the best way to keep the tcg going, it gives a core idea for a theme of the set then it goes from there. Excluding X&Y theres always been a visual change with a new generation of games released signaling a movement in the franchise the blanks becoming more modern and sleek the same way the games are looking better and the graphics are smoother, each movie always has a set to tie loosely with it. Legends Awakened, Arceus, Nobel Victories to name a few. All of that is tied to the franchise moving ahead. As to why there's another charizard box being released when next to no one wanted or bought the last EX box is not only ridiculous but annoying when Charizard's GX spot let alone box could be used for any pokemon with any type of playable asset. To this day apart from base set charizard (even that is a bit of a stretch) I cannot remember an actually viable charizard card. Its a pattern of Throw charizard on a card high damage attack with high energy cost with a draw back that is not worth it: Charizard ex, Charizard *, Charizard G lvX, Charizard EX, both M Charizard EX. By constantly printing a charizard every time a new gimmick comes out (there has been one for every gimmick excluding Light Pokemon) it takes a gimmick spot away from a pokemon that hasn't been printed often enough, something viable or something new or innovating 5 energy for 200 damage to do 50 in recoil and discarding 10 cards from your deck gets super stale quickly
Click to expand...

Only thing we have been safe from is charizard break, but that'll probably get a break box at some point.

Blast From The Past

[R][R][R][R][R] Crimson Storm-GX 400
Discard all energy attached to this Pokemon. (You can only use one GX attack per game)

Ghosts and Fairies are kinda my jam

[R][R][R][R][R] Crimson Storm GX
Discard as many energy as you like from this Pokémon, this attack does 20 damage for each energy discarded to each of your opponent's benched Pokémon

GigaGarchomp said:
I think Charizard gets too much attention personally. I would rather see Pokemon make 2 Premium GX Boxes for Heatmor-GX and Zoroark-GX to focus on both Burning and Shadows, and besides Heatmor doesn't get much heat anyways. Because personally we need more reprints of Unova Pokemon.
Click to expand...

no kidding. When my first thought was that you misspelled Heatran underexposure ceases to adequately describe it.

Advanced Member
Member
DESPERATELY hoping that for once a powerful Charizard card will actually be playable. (Even though I know it's highly unlikely) Even though Charizard is incredibly overrated I feel like it's never really had a substantially good run in the TCG.
C

Ecourts said:
Actually, I don't think they've made one that's too high.
Unless I'm missing one, I think M Charizard's 300 is the highest?
Which could actually still miss out on a KO.

crystal_pidgeot said:
It's about time we got a Charizard card. We haven't had one in forever! All we keep getting are Sunflora and Castform cards and I'm at this point am tired of seeing them. About time a lesser known Pokemon gets some special treatment.
Click to expand...

xaej806 said:
Seriously! What we need next are some Darkrai! And Bronzong! Ooh, and Rayquaza, one of those, too!
Click to expand...

Swampert Full Art said:
I really want a Mewtwo GX card! The last time Mewtwo was in a set was 17 years ago!
Click to expand...

No guys, isn't it obvious @Swampert Full Art is right, we really need another Mewtwo card! We definitely haven't seen one of those in a while! And there were definitely no competitive cards of it, nope, not at all.

Corgimaster said:
What about Black Kyerum EX + Crystal Wall + FFB = 330 HP. But, just to be sure, do ACE SPECS count as items?
Click to expand...

By FFB Do you mean fighting fury belt? If so then you are unable to actually attach it Black Keyrum EX, because Crystal Wall has already been attached.

Member
Watch it just be this with Charizard slapped on it.
. 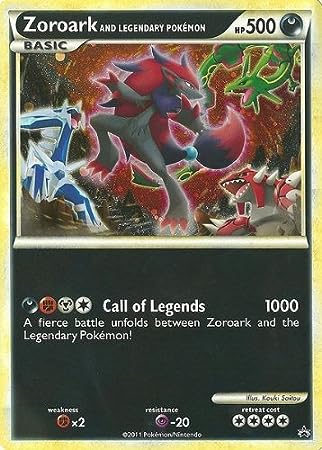 Member
I'm guessing we'll at least get a Charizard GX tin, another GX box, Charizard in at least 1 set, and probably a $40 box . We may even get a Super Premium Collection of Charizard for all I know.

Member
HOLY CRIMSON! That name is too freaking cool.
G

Member
The gx skill info is wrong. Crimson storm will be a normal attack

Member
What people fail to realize is that the TCG is rated 6+. This doesn't mean that adults can't play it, it just means that business is business. Charizard,Mewtwo,Eevee,and Pikachu are all very famous Pokemon and will receive multiple prints in each era to keep those 6+ kids coming back.

Member
If those packs behind the Charmander line isn't evolutions or steam siege, I'd be good