But who cares about that? Lets actually find out what happened ;

Oversleep, eat, get in a car, fret over possibly not getting 1-1 Dodrio to finalize list, arrive at tournament, be early. The end

So I did manage to get the 1-1 Dodrio to finish my list, and I swapped out a ton of cards for RH's, because ya know, everyone loves RH's (Haters gonna hate). My amazing sleeves get complimented. Round 1 gets posted. I was playing TrainerLock-delure

Round 1 vs. [member]DarknessGrace[/member] at Table 11 (note for later) Playing Reshiphlosion

Yeah, great. I had to play against the one person who drove me to the event D:

He started Vulpix, I started lone Litwick. Had a Chandelure T2, and a Vileplume T3. Gained a prize lead really fast and was up two prizes. Then, I have dead draw for the remaining draws of the game, get nothing, and lose. Yipee

Gotta love starting the day off with a loss.

He starts a Voltorb and I start Doduo -.- This game goes fairly well, until he gets a Kyurem out. At this point, I'm already up 2 prizes, but that doesnt matter. He hits my 2 Litwick with Glaciate, and I realize I gotta get a Blissey out. Blissey removes the damage counters, but takes my energies off my active Chandelure, which right there lost me the game. He then takes out a Dodrio and 1 Litwick (Evolved the other into Lampent), and takes two prizes. Everything I have out is stacked with damage counters. Just for lolz, he gets out DCL, takes out 3 Pokemon, and has 1 prize left. Scoop :3

His dad came over, and happened to say to his son, "I saw you take those 3 prizes, but how'd you take the other one?"
To which I replied, "I scooped".
He answered, "Well obviously, I mean come on, you had a Blissey Prime active..."

Round 3 vs. Reshiphlosion at Table 11

We both start pretty well, him better than I. I get out a Vileplume T3, but he's practically completely set up by then. I stack damage onto both his Typhlosions so I can de-evolve them with Jirachi. To do this though, I had to seeker something off my bench. I accidentally picked up Vileplume, and had to keep the play. He picks up the Typhlosion that I actually could've KO'ed with Jirachi, and then proceeds to Catcher up, and kill Jirachi next turn. 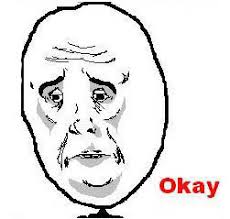 Cuz ya know, he was cutting back with the diet.

Round 4 vs. Malcolm with ???(Timburr Sandile? lolwut) Table 4

I hate table 4. But I was determined to beat my luck with a nice Vulpix Base Set (?) HP Error card that I got for a dollar

So, this kid had his cards in a theme deck paper-deck box and was playing without sleeves. I think we all know how this went. Had the greatest set up ever (of course against this deck -.-), had a 2 Chandelure, a Dodrio and a Vilplume out T2, seekered his bench T4 and KO'ed his active.

YAY IM NOT A TOTAL FAILURE

Funny Quotes of the Day

FoxNoctom (Youtuber); "Pokemon is supposed to be a stress-reliever. HEY, HEY YOU, YEAH, YOU OVER THERE. YOUR A LOSER, AND SHUTUP"

ChibiLeafeon (Youtuber, he's on here too I think); *Awkward Silence* "YOUR CREDIT SCORE WILL NEVER BE THE SAME!"

Cashier at store talking to customer; "You're okay, but him, after talking to him for 2 minutes, I can safely say that he deserves to starve to death"

Person; "You cant hit a girl"
Me; "What if they're about to stab you?"
Other Person; "You lay down AND YOU LET HER STAB YOU!"

Thank you for reading.
G


Thanks for the ideas .

Sorry you didn't do as well as you hoped.
Z


Thanks for the ideas .

Sorry you didn't do as well as you hoped.
Click to expand...

I didnt actually clean up the table though, I made sure to leave my stuff there

OH WAIT, I FORGOT SOMETHING. When I was at Mcdonalds, here was someone's order;

Cuz ya know, he was cutting back

Zorua said:
I didnt actually clean up the table though, I made sure to leave my stuff there

OH WAIT, I FORGOT SOMETHING. When I was at Mcdonalds, here was someone's order;

Cuz ya know, he was cutting back

Yes. He must of been cutting back. He knows that all the rest of the food doesn't matter because he got a Diet Coke...

(some people actually think like that... sad but true...)

Glaceon said:
Yes. He must of been cutting back. He knows that all the rest of the food doesn't matter because he got a Diet Coke...

(some people actually think like that... sad but true...)

It was like 45 minutes to an hour each way. Nothing too bad though, lol. There's actually a train right next to the store so every 45 minutes the train comes by and the already creaking/breaking floor shakes. Gets pretty intense

Elite Member
Advanced Member
Member
Sorry you didn't do so well Zorua. Make sure you take a couple seconds before playing a card to avoid making a misplay.
C

Advanced Member
Member
Well now I feel bad. Did you use the list I helped you with? T_T
Z

Celebi23 said:
Well now I feel bad. Did you use the list I helped you with? T_T
Click to expand...

Anyone who gets that, yay :3

I honestly dont like Jirachi/Blissey in this deck though, I really dont like it. I was considering making my deck more google-Boxxy, with a Reuniclus somewhere in there, but space is tight.
C

Advanced Member
Member
The Blissey was supposed to work as a pesudo-Reuniclus, and Jirachi is godly. Not to be too blunt, but it's very possible you were just playing the deck badly since I've had a lot of success with my list (about four cards off the one you ended up with.) How often did you use Luring Light, and how often did you sacrifice basics over using the second Cursed Shadow? I'd be happy to test with you on PlayTCG sometime; I could show you some of the mini-strategies I use.
You must log in or register to reply here.
Share:
Facebook Twitter Reddit Pinterest Tumblr WhatsApp Email Share Link
Top