The full product image for the “Mimikyu ex Box” has now been revealed! Previously, the Pokemon cards were hidden. 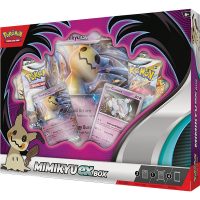 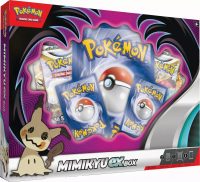 The Greavard will be a holo reprint from our Scarlet & Violet set (originally from Japan’s Violet ex).
As posted before, the box will come with a Mimikyu ex promo card, a jumbo version of the same card, a holo promo card of Greavard, four booster packs, and a code card. It will release on March 3rd for $19.99.
Since our first Scarlet & Violet set releases on March 31st, this box won’t include booster packs from the set.

still probably going to pick this up though.
T