The “Divergent Powers Tins” we posted about a few weeks ago have now been revealed! 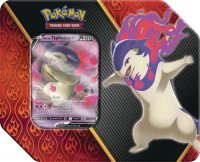 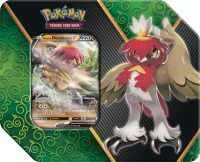 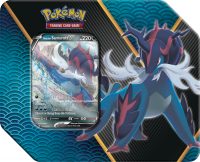 They will feature Hisuian Typhlosion V, Hisuian Decidueye V, and Hisuian Samurott V from Battle Region — but with new artwork! This is the first time we’re seeing the artwork, as they haven’t been revealed in Japan yet. It’s likely the cards will release in Japan at the end of the year in their annual reprint set.
These will be our annual summer tins and release on June 17th. Each tin will come with its promo card...
Click to expand...

Member
Cool tins. But can 5ban just, like, NOT for 5 seconds?

Member
The 2D tin artworks are better than the 3D ones.
Like if you agree.

Member
I like the detail that the background of the tins depict each Pokemon's main typing not represented in their V. Also, who cares about the artwork when this is the best way to get these Vs outside of buying singles?

Member
The set artwork is better but I’ll take these promos because they’ll make it easier to get the basic Vs.