Top 5 favorite Pokemon in each gen:

Here is a list of some things that turn me off:

-All modern pop artists.
-People who think they are wise
-People who think they know what they are doing in Pokemon TCG
-Losing stupid games
-People who chew with their mouth open
-People who swear for no reason when they are like, 8-13...
-People who do inapropriate things around children.
-People who think you won't do any offense if you say "No offense" in front of something. (Example: No offense, but why are your teeth yellow? I've been told that before...)
-People who judge others by appearence
-People who are obsessed with religion and politics
-My parents when they think I'm siding with one
-People who only act ONLY when they are in danger, and don't do anything to prevent it.
-People who want sympathy (I don't give sympathy if it's not real)
-People who tell me what to do that should be my own decision. (Not like cleaning my room, more like telling me to contact people)
-Rippers
-Loud people
-People who shun anything that's not their belief in politics and religion.
-People who talk about themselves too much...
-HERE'S A REALLY BIG ONE: People who will tell you they know what's going on when they don't actually know it, or pay any attention to care.
-People who use chat speak on a forum -_- Sorry, it makes you look like a noob...
-People who think they are funny
-People who don't care about obvious disasters (BP oil spill, Japan's earthquake, etc.)
-People who get on you because you make a mistake with manners \
-People who talk like you're not around
-PEOPLE WHO WILL WHISPER OR STOP WHAT THEY ARE DOING OR TALKING WHEN THEY NOTICE YOUR PRESENCE. Makes you feel like less than chopped liver :'[
-Cheaters.
-Bad smells.
-People who wear too much makeup/plastic surgery.
-People who hit
-People who don't listen
-Referees that will side with the one they are rooting for. (It's freaking off sides -_-)
-Tattletales
-People who take stuff for granted.
-People take advantage of others (I'm a pushover :/)
-People who don't try new things.
-People who will constantly repeat things.
-Bad food.
-Wasting food.
-Pokemon haters
-Tyraniking haters
-Smokers
-Nerds (By nerds I mean people who think they are really cool but aren't.)
-People who constantly bug you to trade, even though you don't need anything they have.
-I MIGHT have said this...Kids under 16 that have 'Girlfriends.' You people DON'T EVEN HAVE CARS.
-ANOTHER HUGE ONE: People who think long hair=girl, or don't like long hair. I used to have really long hair, and I was called a girl 75% of the time, and they pretend it was my voice, like they're gonna offend me if they mention my hair. It offends me more cuz I can't really change my voice -_- I'm also VERY disproportionate for a girl. As for people that have long hair, a random stanger told me they hated my hairstyle and that it's greasy and yucky. Who wants to hear that?
-Bullies.
-People who don't pay attention after a really long sentence, so you have to repeat it ALL OVER AGAIN.
-Spammers
-Trollers
-Mods who temp ban for obvious troll...
-My internet when it lags
-My computer when it overheats over 2 episodes of an anime -_-
-People who don't even acknowledge a joke.
-Me and my body issues (Not being overweight, but some other...body issues. Like allergies.)
-People who struggle to do something, and see another person get by easily
-People who are repetitive.
-Suspensefulness
-Bad pack pulls
-Bad luck
-People who are TOO into sports.
-Terrible parents (Not talking about my parents, I'm very glad to have them. I'm talking about other people I know and their parents)
-Adbots
-Bad video games
-Hype, and most things that are hyped.
-People who make posts in this thread saying 'GUYS/GIRLS who __________' Does it really matter what gender does it?
-PEOPLE WHO TYPE IN ALL CAPS FOR EVERYTHING 'CUZ IT'S COOL'
-Pony haters
-People who think posts that are actually contributing to discussion (that people take out of their valuable time to make) of the topic are long and annoying
-People who make assumptions on the last post they see in a thread.
-People who are just to easy to outwit XD
-Bippa201 because it's bi. Therefore, because we are the only bi's on the beach, and it fakes the fact, it's going on here. Oh yea, and it pretends it's 17, when it's 10 years younger.

And now, I expect you wanted to see something useful out of this bio. Now I present to you...my top 5 video games for the DS and Wii!

King Arceus knows what you don't. He does what you can't. Why? Because he's King Arceus. All hail!

Nigel is a partner in Broship to Mr. Tea. His Dewott and Floatzel addiction is taken so seriously that his speed stat will be 9001x'd when he sees one.

If you haven't fotten a profile comment from Elf, it means you've joined a minute ago. She used to have like the most profile comments in the whole Pokebeach universe, but she recently got outclassed. Does that really matter though? What matters is that she's really nice and, more importantly (that part is a joke ), she LOVES ponies.

He's got "Bi" IN HIS NAME. He was kind of the reason I made my second username change to Ms. Tea, he sparked the idea. I've known him for like as long as I've had Skype. Sometimes he'll just crack me up with his random video seizures.

I don't think I've met a frand who's coller than this. We hang out on Skype sooo much, and it's always fun...She's really nice, like a lot of my friends, and we have a lot in common.

TCG/VG Accomplishments
Too lazy to remove them from my bio (look there). 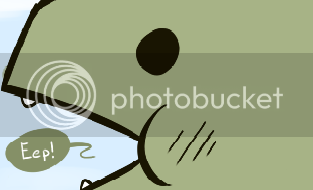 ​
The creator of the comic "This Serious" made the Tyranitars.
​