Hello PokeBeach readers! This article has a couple different parts. First, I’ll go over a fun new archetype for Expanded that can shake up the current attacker-based metagame: Ice Rider Calyrex VMAX with Garbodor and a Counter Energy engine. This deck uses Ice Rider Calyrex VMAX as the main attacker because of its easy attack requirements and large HP, and follows it up with a plethora of tech options that use Counter Energy and Rainbow Energy to sweep decks that Ice Rider Calyrex VMAX can’t deal with. Garbodor is in this deck because none of its other Pokémon rely on Abilities, and Garbotoxin goes a long way in slowing down the rest of the format. The combination of these strong effects make the deck a huge threat. It can struggle with stall variants, but it uses Weakness to its advantage to earn its place among the rest of the meta.

Along with that, I’ll be doing a short analysis on two of the players that made it through the first week of Players Cup IV, and how these players reached the lists they played at the event. The players I’ll be highlighting in this article are Alex Schemanske, who piloted Mad Party to an 8-1 finish, and Matthew Burris, who piloted Pikachu and Zekrom-GX to a 6-2 finish in the Oceania region. 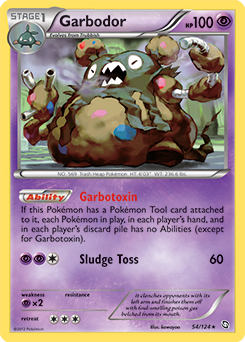 The Garbodor with Garbotoxin brings this deck to the competitive level. It takes a bunch of strong ideas and allows them to work together while disrupting the opponent and forcing them to play below their deck’s capacity. Garbodor also allows you to use my favorite combination of cards — Ability lock plus hand disruption from N. This combination lets you take full advantage of the reactive nature of this archetype: you can ruin your opponents’ lategame while taking an easy OHKO, Item-locking them with Vikavolt V, or even just pushing up a Calyrex and making it very hard for them to take a Knock Out on their turn.

The Garbodor line also includes a copy of the Garbodor with Trashalanche, which is another form of pseudo-disruption as it forces the opponent to manage their Item count very carefully. Between Trashalanche, Ride of the High King, and Garbotoxin, opponents will have to have to pay close attention to their Items and their Bench, all while dealing with Ability lock and the threat of Item lock from Vikavolt V.

Like many Garbodor decks of the past, I chose to run a heavy Tapu Lele-GX engine. This allows for easy access to Brigette on turn one, which you can then follow up with a strong draw Supporter on turn two, and benefit from boosted consistency for the rest of the game. This deck also plays a lot of singleton Supporters, which make the engine even more important.

Tapu Lele-GX is also a nice attacker in a pinch. You can hit for solid damage, which will set you up to use your other attackers to finish a Knock Out on the following turn. Tapu Cure GX is also an amazing attack in this deck since your main attacker has such high HP — against decks that try to use a two-shot strategy, you can let two Ice Rider Calyrex VMAX take damage and then undo two of your opponent’s turns with just one attack.