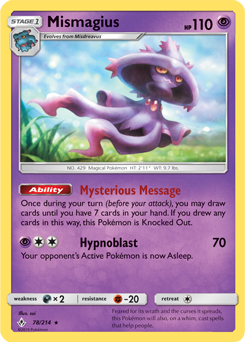 Hello, readers! Halloween will be over by the time this article is published, but as I’m writing it, it’s getting closer, and this means it’s time to talk about a spoOoOoky card! The Pokemon I’m talking about is Trevenant and Dusknoir-GX, a Tag Team Pokemon featuring two Pokemon that actually saw play in the same deck back in the day (there were decks featuring Trevenant from XY Black Star Promos and Dusknoir from Boundaries Crossed, generally centering around Accelgor). I think that makes Trevenant and Dusknoir-GX the second Tag Team to feature a duo of Pokemon that made up the core of a deck as separate cards, the first one being Gardevoir and Sylveon-GX.
More relevant to this article, Trevenant and Dusknoir-GX has a strong disruption effect since it’s able to deal damage and shuffle back two cards from the opponent’s hand at the same time. It’s not a coincidence that it found some success at League Cups as soon as it was released.

In this article, I’ll cover how the card can be played currently but also, and more importantly, its prospects after Cosmic Eclipse is legal. I think this card has a lot of potential and is being slept on right now.

Two days after Trevenant and Dusknoir-GX was released and became legal (because Promo card legality is strange), a player named Shawn Wortham posted a list he used to make Top 4 at a League Cup, creating a small sensation on competitive Pokemon communities. He played Trevenant and Dusknoir-GX in a fast list using Mismagius to draw cards and give opponent Prizes, allowing him to use Beast Ring as soon as turn 1. That way, he could attach Energy to Pheromosa and Buzzwole-GX and move them to Trevenant and Dusknoir-GX with Tag Switch. With Reset Stamp, Jessie and James, and Night Watch, it’s possible to put the opponent at zero card in hand as soon as turn 1! This is the kind of combination that is usually seen in frustrating Expanded decks which get banned soon after. Mismagius was banned in Japan after a deck with the same general idea, but much more broken, dominated the Expanded Champions League in Tokyo, and the same ban is being applied in the rest of the world on the release of Cosmic Eclipse.
You may have seen Shawn’s list around, but in case you haven’t, here it is:

Almost every card in the deck helps to put the lock in place, either by being a piece of it or by searching for pieces of it.