Set after set, and time after time, players do the same old thing: They notice a few particularly flashy cards, test the ever-living Arceus out of those cards, and go worse than a 50% win record at a Regional Championships.

How does this happen? Researching cards can never hurt you, and testing is almost always a good use of your time when preparing for a big tournament; so why is it that some of the most studious players in the game have the most consistently awful performances? Nine times out of ten, it’s because they have the wrong method!

In today’s article, we seek to put you on the right track to set analysis, testing, implementing, and even dumping your pet decks from new sets. To do this, we will be using the latest release, Forbidden Light, as our primary example; however, the lessons in today’s article should apply to any new set, and the examples included won’t be exclusively limited to Forbidden Light.

The Method to New Set Playtesting

Here is how I think players would be best served in approaching any new set. It’s a fairly straightforward five-step plan, but it encompasses everything you should be doing when it comes to testing new cards:

Before we get too deep into explanations for each step, I should clarify some important things to keep in mind when reading them: 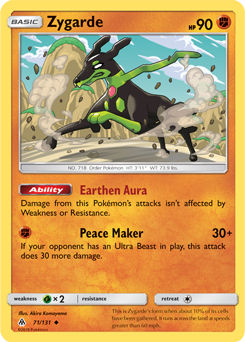 Our first step in the method is not actually formal testing so much as it is thorough review of the new set’s card pool. I very deliberately include “entire” as part of this point because it is easy to miss several good cards while obsessing over the hot staples and hype cards.

Returning to Forbidden Light, several cards jump out to us as being obviously strong and powerful. These include Zygarde-GX, Ultra Necrozma-GX, Lysandre Prism Star, Diancie Prism Star, and Malamar. Similarly, other cards should appear abundantly awful to the average competitive player, such as Clawitzer. Yet somewhere between the obviously good and recognizably bad cards are several others that require a bit more metagame knowledge or imagination to be good. One such card that instantly jumps out to me is Zygarde. 60 damage for a single Fighting Energy against Ultra Beasts will not break the metagame and its Earth Aura Ability makes it only worse. If you pair this card with Mew as well as Choice Band, you can copy Zygarde’s Peacemaker attack to deal a whopping 180 to opposing Buzzwole-GX! While I’m not saying this will end up being the optimal Buzzwole-GX mirror counter, I do think this is a possibility several players would overlook simply because they are obsessed with making a Malamar / Ultra Necrozma-GX deck. In summary, avoid the tunnel vision and learn to expand your vision.

Speaking of tunnel vision, reading scans of the latest Japanese set can be helpful, but they can also really mess with your proper understanding of new cards as they fit into a format. Oftentimes when a new set comes out in Japan, our international metagame has not yet fully developed, meaning that your eye is not yet trained to be looking for the cards most relevant to the context of the next post-release tournament. Additionally, we sometimes see important cards held back for a set or two, such as Alolan Ninetales (originally released just weeks after Japan’s Guardians Rising set and not part of their version of Burning Shadows). Luckily, whether you heed my warning to digest new cards in the proper context, or still want to test new ideas as early as possible, PokeBeach’s scans are a great resource to do both.

So, you’ve looked through a set and have a feel for every card. Now what? In the second step of our method to testing new sets, we separate the cards that improve pre-existing decks from the ones that are central to new concepts.  We will call these cards ‘deck enhancers’ and ‘deck cores’. Both types of cards are essential to growing a format, but for your purposes, they will have two very different endgames in advancing your strategic advantage over your opponents.

Why is it necessary to separate these two kinds of cards from each other? For starters, the way we test and evaluate the two types is different. Furthermore, as testing new ideas is usually a multi-person activity, the more knowledgable you are about the function of the cards, the easier it will be to communicate with and understand your fellow players.