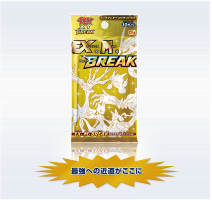 As expected, Japan’s 131-card Premium Champion Set, which will be released on April 16th, will mostly be comprised of reverse holo reprints. None of the cards will have printed rarities. The official Japanese Pokemon card website has revealed some of the reprints will be Shaymin-EX, Hoopa-EX, Rayquaza-EX, and these cards: 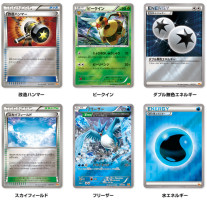 Not all of the cards will be reprints though. As I posted the other day, a new BREAK Evolution Box will be released in July in North America and Europe featuring a new Wobbuffet BREAK promo. That Wobbuffet BREAK will come from Japan’s Premium Champion set as you can see below. (Thanks goes to Sean T. for the translation!) 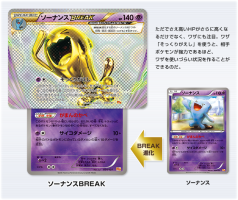 Those who buy a booster box of the set will also receive a Jirachi promo, which is a reprint of the Stardust promo Jirachi:

(Also the commenting system is temporarily off due to server maintenance, so you won’t be able to post below for now. Sorry about that!)