PokeBeach’s February TCG Cup is over and the winners have been crowned!

The tournament was played in the Standard format, which at the time was XY through BREAKthrough.

Coming in first place for the second month in a row is Andrew Wamboldt! He will be walking away with a BREAKpoint booster box from TCGplayer.com. That jerk! :p

It has to be Entei. It’s such a powerful and versatile card. With Theta Double, and two good attacks, it allows for a number of different strategies you can take to win different matchups.

The Entei mirror match was the most exciting because I had never tested it, and had to try to come up with a winning strategy on the fly. I believe it was my closest set of games as well.

I would focus on cutting some of the more tech inclusions and focus more on consistency. I never played a game with the deck before this tournament, so I didn’t really know what was important for the deck to function. I was kind of figuring stuff out on the fly, but after playing the deck I think the deck is more than strong enough to win based off its pure strength without cards like Parallel City to try to jam benches and discard Shaymin-EX.

The main deck that gives it trouble is Seismitoad-EX variants because of its combination of Item-lock, as this is a very Item dependent deck, and how it hits for Weakness. Seismitoad-EX isn’t an auto loss by any means, but it’s probably a 25 / 75 matchup for Entei, which isn’t very good, but Entei can still definitely pull wins against it. With the new cards from BREAKpoint and Generations I think the Seismitoad-EX matchup can be made even closer if you know how the strategy lines you want to take against it. Tech Seismitoad-EX can be annoying if used at the right spot, but are generally ineffective. 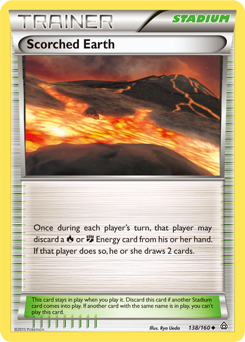 Trevenant might seem scary at first, but it’s really not that bad of a matchup. Trevenant is a deck that folds to early aggression, and Entei is very good at getting off to an aggressive start and can KO Trevenant’s turn after turn and then the deck runs out of steam. You almost win all of your games against Trevenant that you go first. When you go second against Trevenant, the result generally comes down to how well you drew in your opening hand. If you open Professor Sycamore or can stream Scorched Earth and Fire Energy, then things can go pretty well. Alternatively, all it takes is one Lysandre to get your draw going, and once you get that one Lysandre the game bursts open for you. Sometimes though, you just open a bunch of Items and take a few Tree Slams until you lose.

Outside of that Entei has a lot of 50 / 50 or better matchups against most everything else. Even something like Greninja, which looks nasty at first, isn’t that bad because you can trade OHKO’s with them, but you don’t need to setup, and since your primary attacker is a non-EX, you don’t really fall behind in the Prize-trade too often.

How does BREAKpoint affect your deck? Is it still viable with BREAKpoint in the format?

BREAKpoint, as well as Generations adds a lot more versatility to the deck. Emboar-EX in particular is similar to Charizard-EX as an attacker for the deck, but better because it can attack for its 150 damage on consecutive turns. Additionally, the deck gets Fighting Fury Belt and Bursting Balloon, giving more Tool options to include in the deck beyond the standard Muscle Band and Assault Vest. In Generations, we get some new attacking options with M Charizard-EX and Flareon-EX, both of which can be good in the deck depending on how the metagame develops.

The deck should definitely be viable moving forward. It is one of the deck’s with the greatest raw power in the format, and as seen above, it’s only gotten better stuff with the new sets being released.

Are you a PokeBeach premium member, and, if so, why did you decide to become one?

I actually am a premium member because all the ladies like a guy with that insider information.

Interview with the Runner-Up

Carl Sitavi from North Carolina got second place this month. We decided to interview him since he had the same record as Andrew.

Pretty well! I have 255 Championship Points and hope to get a worlds invite!

Night March / Milotic! It’s the deck I played at most of my Cities and a deck I have experimented by running various random techs (for example at one of my cities I ran Giovanni's Scheme, after expecting someone to play Primal Kyogre-EX at that particular City Championship). Night March is a deck that gives you a chance vs anything and even with its unfavorable matchups you can play / make your deck to get around those matchups! I personally think the deck will be worse off with the BREAKpoint / Generations meta with the amount of Item-lock that looks to be coming, so I decided to play the deck as a last time send-off for the foreseeable future. 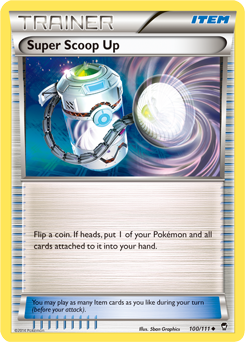 Probably the one-of Super Scoop Up I run. It’s a card that has lost and won me various matches this season, it’s been the center of so many ups and downs, so many majestic setups or game winning Milotic plays.

Probably versus Gallade / Octillery. I had Startling Megaphone prized game two so I had to rely on Milotic getting me back Escape Rope multiple times.

For the previous meta, a Town Map or additional Professor Sycamore would be the card(s) I would consider adding for sure.

If your opponent is playing Night March and elects to go 2nd you immediately are in an unfavorable situation. Bats aren’t favorable, but it isn’t the worst matchup. Turn one Item-lock is probably the worst thing for the deck, considering how many Items you run.

Some of my friends participated in the previous tournament and it looked like fun!

Coming in 3rd and 4th places were Brandon Bartley (SaxMaster69) and Yog. Both won a bunch of BREAKpoint booster packs. Their deck lists can be seen here:

Everyone in the Top 32 of PokeBeach’s monthly tournaments will also receive Prize Wall points via e-mail. Be sure to check your inboxes soon!

As part of the tournament, PokeBeach’s article writers voted for the premium members who they felt used the most creative deck lists.

BladeFrenzy, iMarty, Materious17, Gengar Master, and MiraclePenguineach each walked away with several BREAKpoint booster packs or a Premium Promo Collection from TCGplayer.com. The decks we saw these players use include Metagross, 2x Reshiram / Giratina-EX, Greninja / Miltank, and Seismitoad-EX / Red Card.

For every tournament, the top five premium members who come up with the most creative decks will win booster packs and promo products.

April’s tournament will be posted on April 1st, and March’s tournament is currently underway. Each tournament awards up to four booster boxes of product to top finishers plus promo products and additional booster packs to premium members.

All of these prizes are brought to you by TCGplayer.com. Their online store offers the cheapest Pokemon cards on the Internet from thousands of different sellers – you will find no better deals! So be sure to check them out any time you want to purchase or sell Pokemon cards!

In the future, you can always use our navigation menu to access their store.