One of the best feelings in the game is succeeding with an off-the-wall deck to the amazement of everyone around you. Normally, I like to talk about specific rogue decks that seem promising. In this article, however, I’m going to go in-depth on rogue in general. Rogue decks are absolutely my favorite part of the game, and almost all of the tournament success I’ve found over the past years has been through playing these types of decks. I am constantly trying to create effective rogue decks because I dislike playing meta decks, the decks that everyone is playing. Playing standard decks is much less fun and satisfying to me. I know many people feel the same way, and some people favor rogues due to budget restraints as well. Of course, I don’t play rogue decks just to play rogue decks. I will use what I think is the optimal play for a given tournament, it just so happens that it turns out to be a rogue deck more often than not. Through this article, my goal is to provide everything you need to know in order to understand and create rogue decks.

And of course, don’t forget to subscribe to our article program! All of the writers and I have been working very hard to bring you these detailed articles every week and I’m very happy they’ve been so positively received. We spend hours and hours writing them and we’re always seeking feedback from each other as well as the staff to insure they’re full of the most detailed, lengthy, and valuable content. Along with these articles each week, you’ll also get access to the Subscriber’s Secret Hideout forum where you can discuss the metagame with us or directly ask us for help and advice. I really enjoy helping members in there, and they’ve all loved it. So don’t miss out any longer, reader!

For the purposes of this article I’m going to define a rogue deck as “an unusual deck that is viable in competitive play.” This does not include low-tier decks that are rarely seen nowadays such as Thundurus-EX / Deoxys-EX / Kyurem or M Manectric-EX / Yveltal-EX. This also excludes gimmicky and non-viable decks such as Butterfree / Miltank and Politoed. 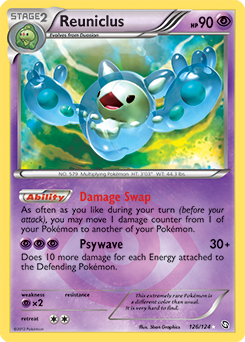 Rogue decks come in two main forms, both of which can work. The first is the anti-meta deck. These are decks that are built specifically to have favorable matchups against a handful of popular decks, while accepting bad matchups against almost everything else. These decks are very high-risk / high-reward, and should only be used when the time is perfect to exploit the metagame. One example of these types of decks is the Landorus-EX / Pyroar / Manectric (DRX #43) deck I used at Nationals last year. This deck was made to beat three of the popular decks at the time; namely Virizion-EX / Genesect-EX, Yveltal-EX, and Plasma (TDK and Lugia-EX). However, the deck stood almost no chance against anything else, and I ended up losing handily to one of the few Charizard-EX / Pyroar decks. A less drastic example of an anti-meta rogue would be Brandon Salazar and Luke Kirkham’s Landorus-EX / Raichu / Garbodor deck. It accepted an auto-loss to TDK in exchange for great Yveltal-EX and Pyroar matchups. It was more inherently strong than my deck, and as such could stand up to other decks even without having an auto-win.

The second kind of rogue deck is the kind that employs an exceptionally strong core strategy to overpower opponents. This is also what meta decks usually do, so if one of these kinds of rogues is consistent enough it will usually become a meta deck after someone places high with it at a tournament. These are built with one strategy in mind, and sometimes include an alternate “win condition” such as developing an invincible board position or denying opponents of a particular resource. One of the most famous examples of these kinds of decks would be Ross Cawthon’s “The Truth.” This deck used Reuniclus from Dragons Exalted, Vileplume from Undaunted, Blissey Prime, and high HP attackers to maintain a desirable board state in which nothing could be KO’d before decimating the opponent’s side. A couple more examples would be the recently seen Flygon / Dusknoir and Seismitoad-EX / Crawdaunt decks.

Next I will cover the process I use to come up with all my crazy rogue decks that have defined many of my best placings in tournaments, the different varieties of rogue decks, and how to deal with other player’s bizarre decks. Then I’ll briefly go over how to apply these unusual ideas to some cards in the brand new Roaring Skies / post-Lysandre’s Trump Card format. Playing a rogue deck can really give you an edge over unsuspecting players, and I believe knowing how to concoct them yourself really puts you ahead of everyone else, which this article will teach you how to do. So are you ready to improve your game right here and right now?