Update (10:40 PM) – Added Tyrantrum-EX, which was also previewed on the official Pokemon-Card site!

As with Japan’s Gym Challenge tournaments every few months, a new promo pack containing five cards will be given out to participating players between May and July. There will be a total of 12 promo cards, with Tyrantrum-EX and Dragonair being the first previewed on the official Pokemon-Card site.

Tyrantrum-EX is too small to read, but Dragonair is a reprint of the one from Emerald Break with new artwork. Japan will likely get Sceptile-EX through this promo pack as well since America is getting the card in our summer tin. 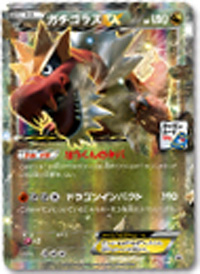 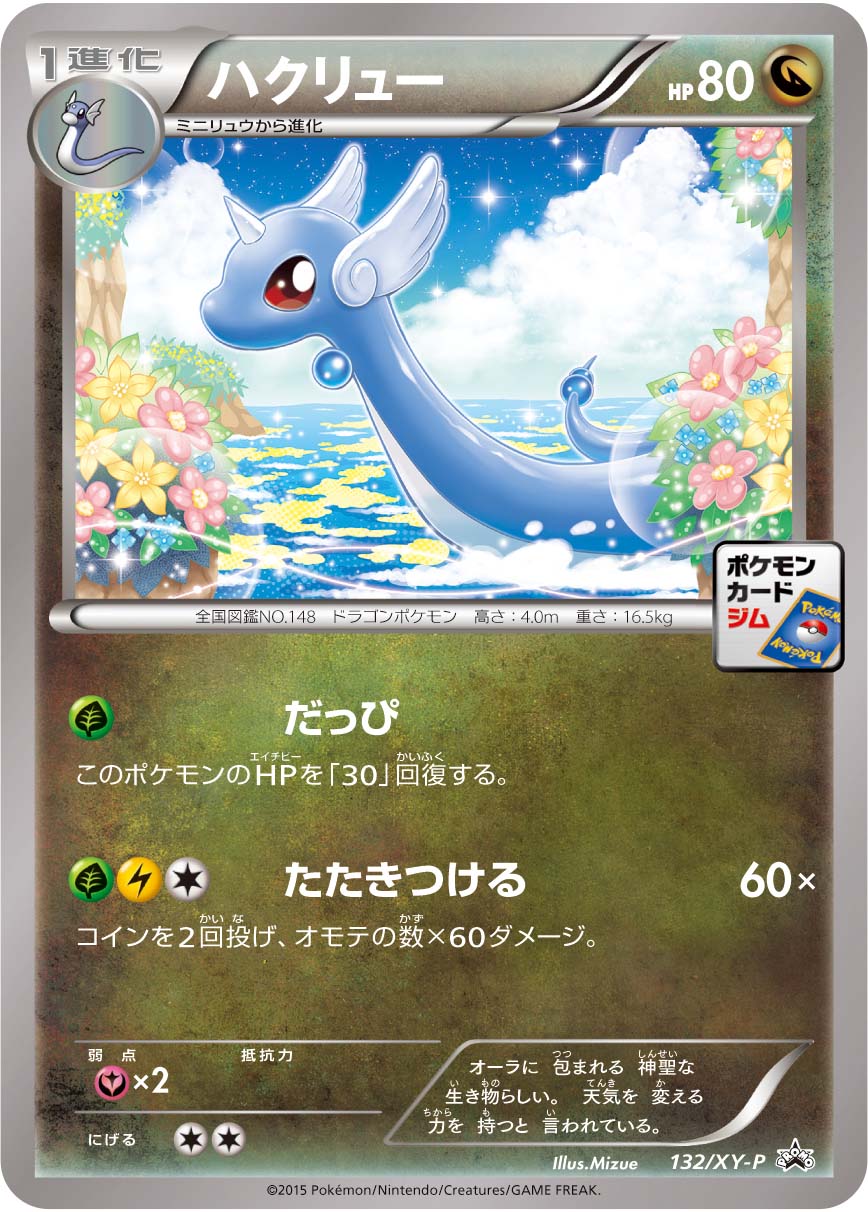 Japan will also be hosting illustrator autograph sessions during some of its Rayquaza Mega Battle tournaments next month. Those who attend will have the opportunity to purchase a limited edition deck box and pin featuring Mega Rayquaza for 950 yen and 500 yen, respectively. The deck box is exactly like our Elite Trainer Deck Shield tins, including the compartment on top for holding dice and damage counters. Perhaps the Japanese asked our American TCG manufactures for a favor? :p 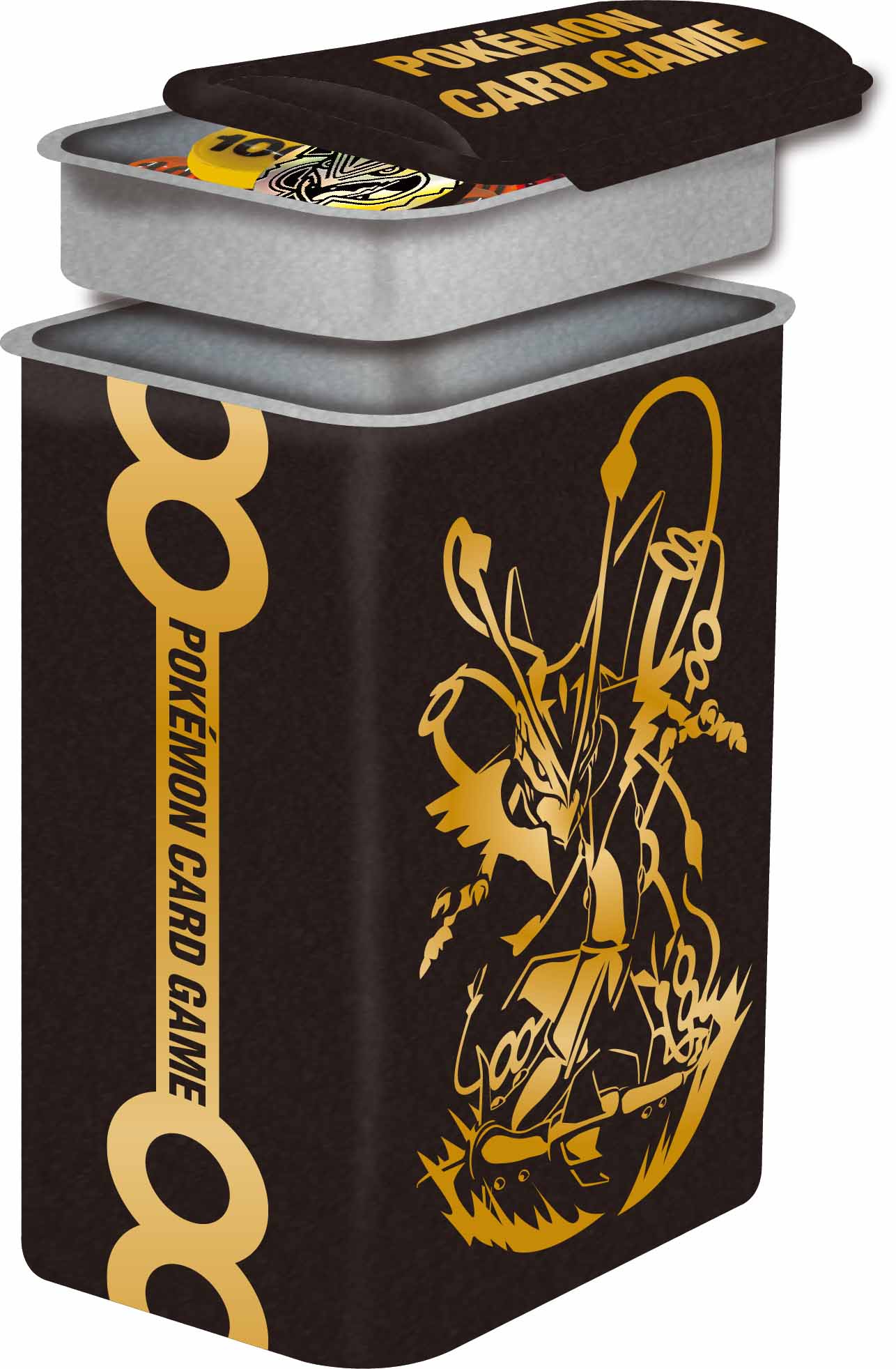 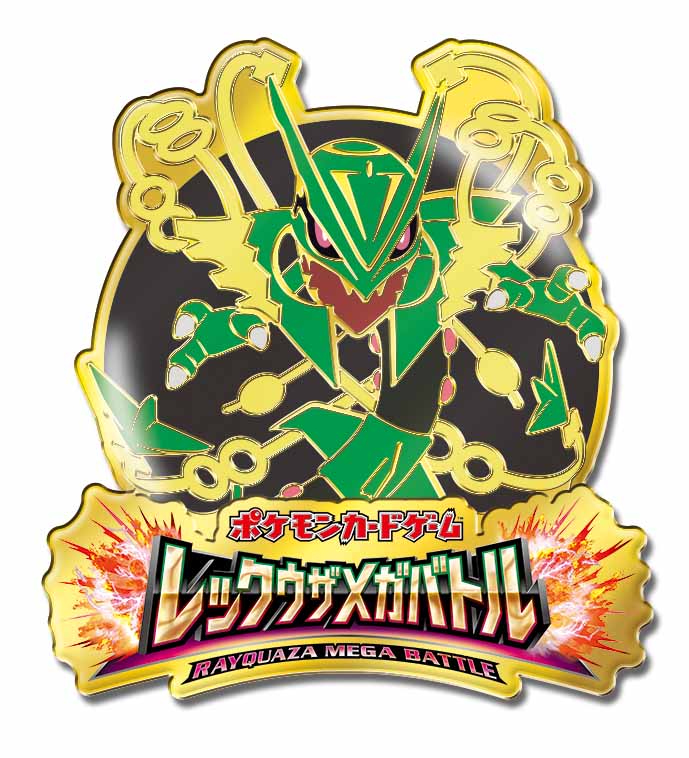 Players will also be able to exchange some of their Emerald Break points cards (included in the set’s booster packs) for the shiny Rayquaza-EX promo that they could have originally received if they shipped in their points cards through a mail-in campaign. So we’ll probably see more hit eBay. 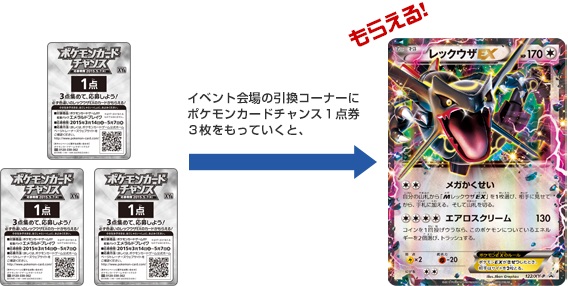