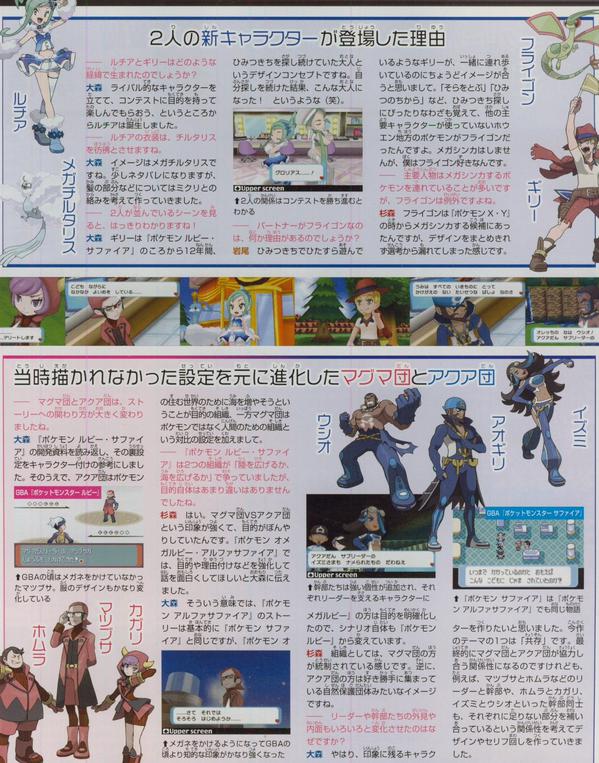 Sugimori: For Aarune, he needed to have a Pokemon that could use the moves Fly and Secret Power, which are perfect moves for finding Secret Bases. And the only Hoenn Pokemon that wasn’t used by a key character that fit that criteria was Flygon. It does not Mega Evolve, but I really like Flygon.

Interviewer: Key characters often carry a Pokemon that can Mega Evolve, but Flygon is an exception, right?

Sugimori: Flygon has had the potential to have a Mega Evolution since XY, but we were unable to complete a design and so it was dropped from consideration.

So chances are that if Gamefreak ever does complete a design they’re happy with, we’ll get Mega Flygon?